Planning an Acadia National Park wedding? Or just need travel advice? Ask Rachael and Susan who are passionate visitors of National Parks. They’ve knocked a remarkable number off in their five years together, from East to West and into Canada. 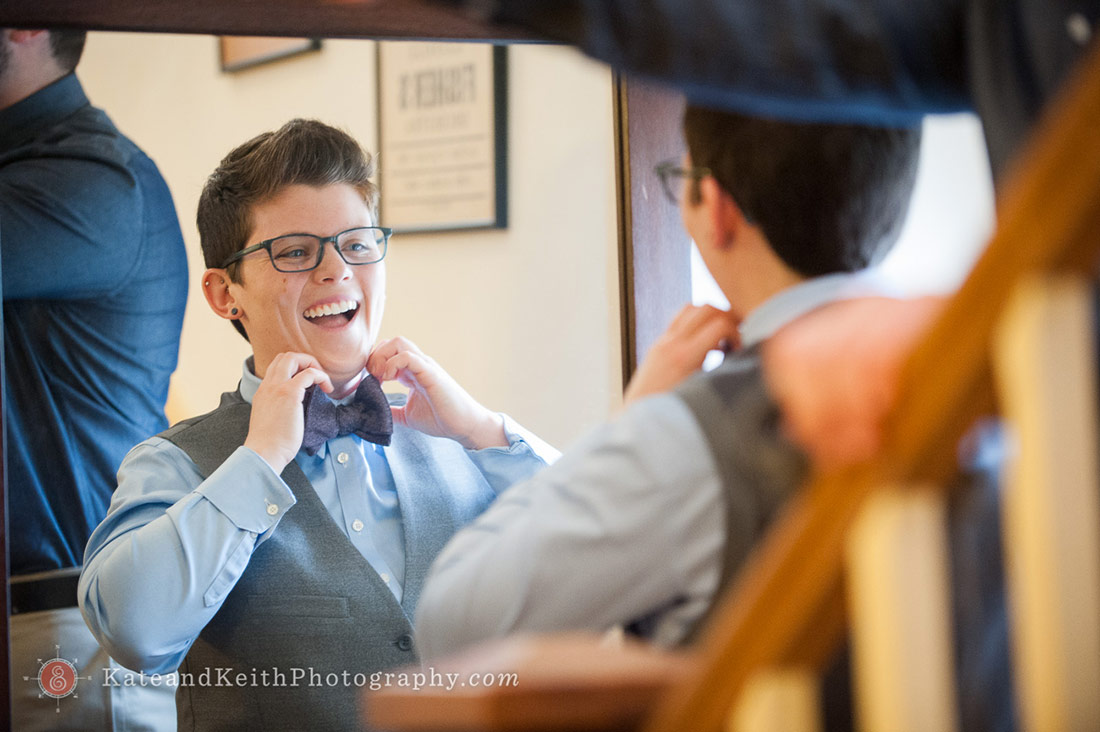 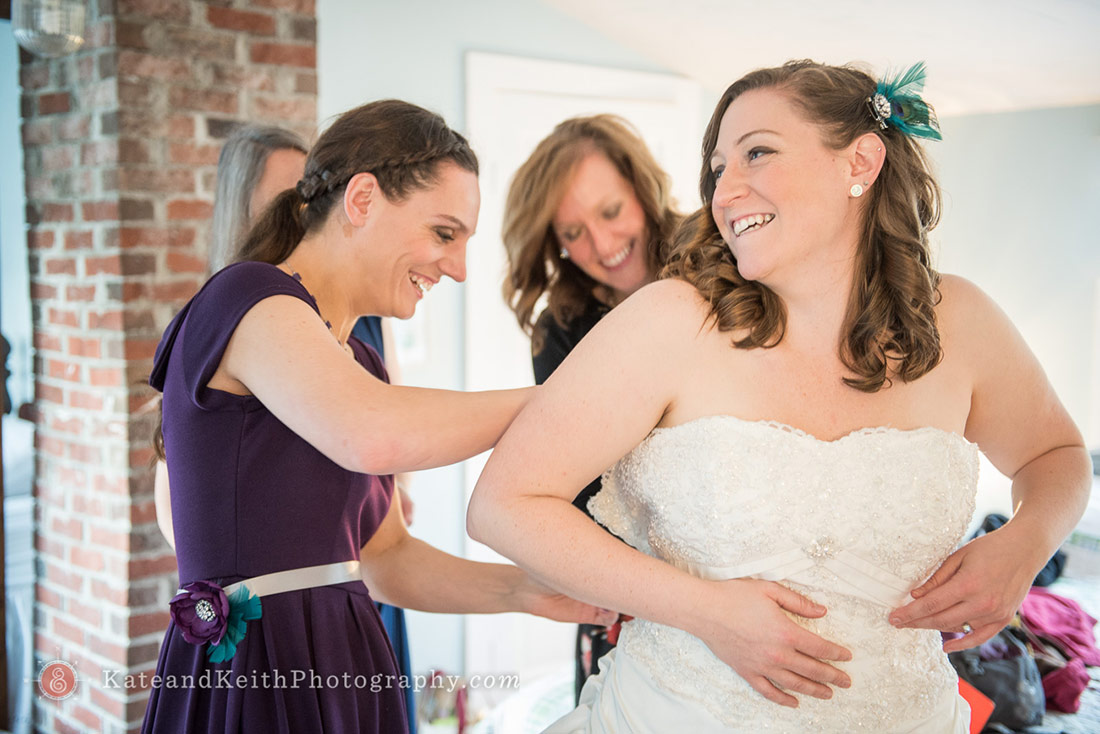 Rachael was working as an ER nurse when Susan entered the hospital as a paramedic. Their love of the outdoors saw them through a few years in Utah, which is were we came to know them. 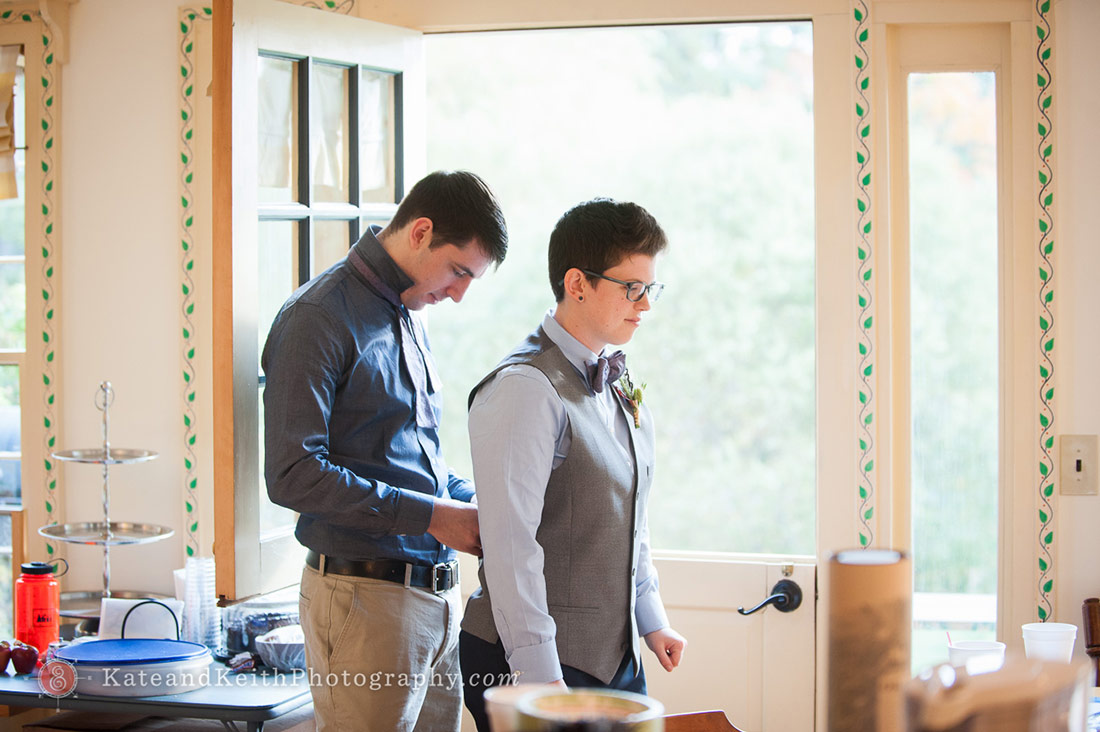 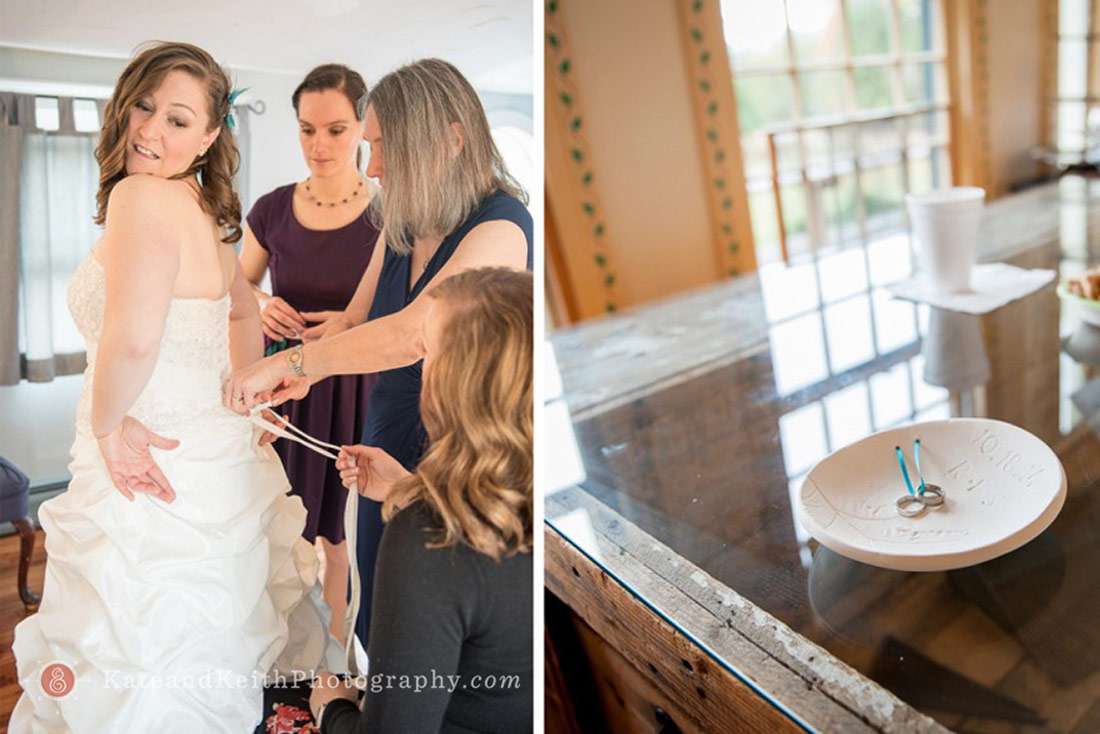 Originally from Pennsylvania, Susan now works for Boeing in Seattle. Which of course led us to wonder, why DownEast Maine for an October wedding? 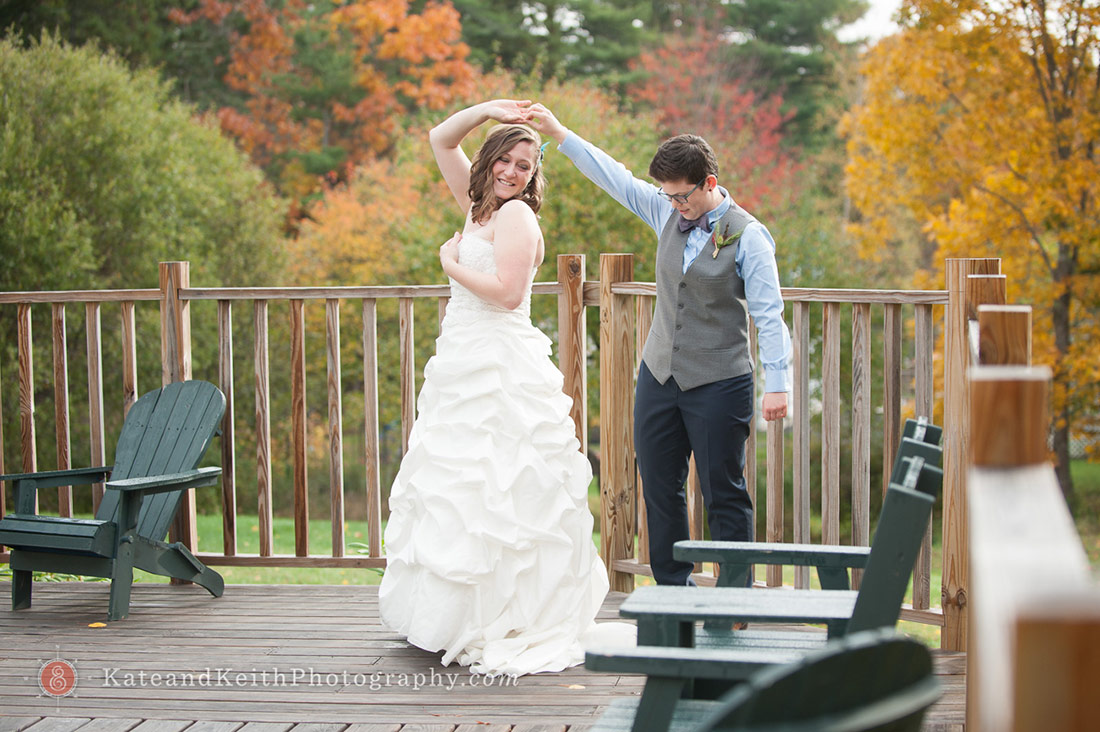 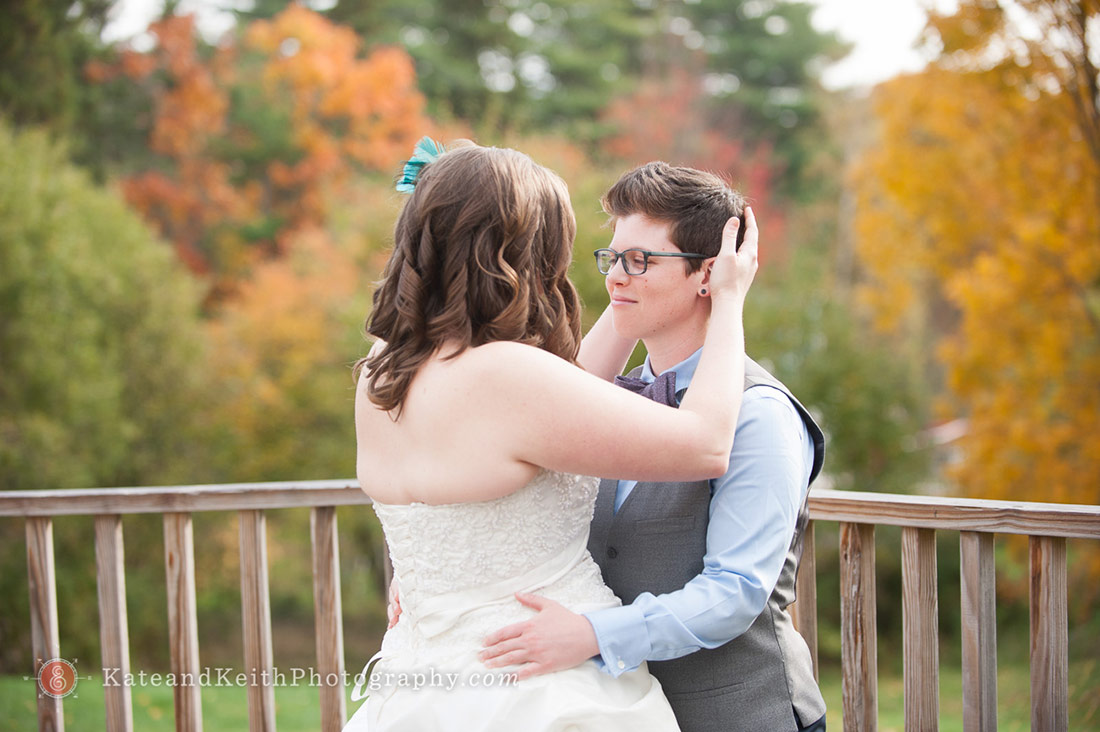 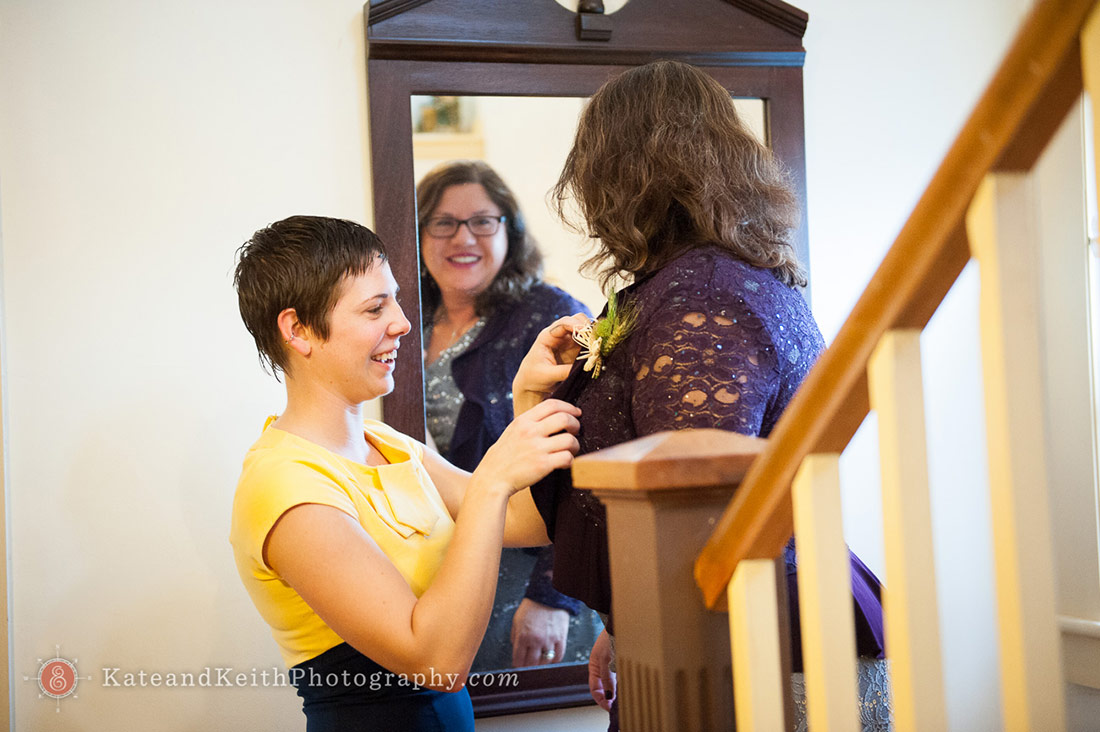 In retrospect, they may have preferred Saint John or Haleakala National Parks! Maine, while happily sporting lobster and blueberries is also home of socked in foggy days where bad hair and zero viability are inevitable and wood fireplaces essential. However, based on how this couple got engaged, we weren’t surprised at their coolness with it all. 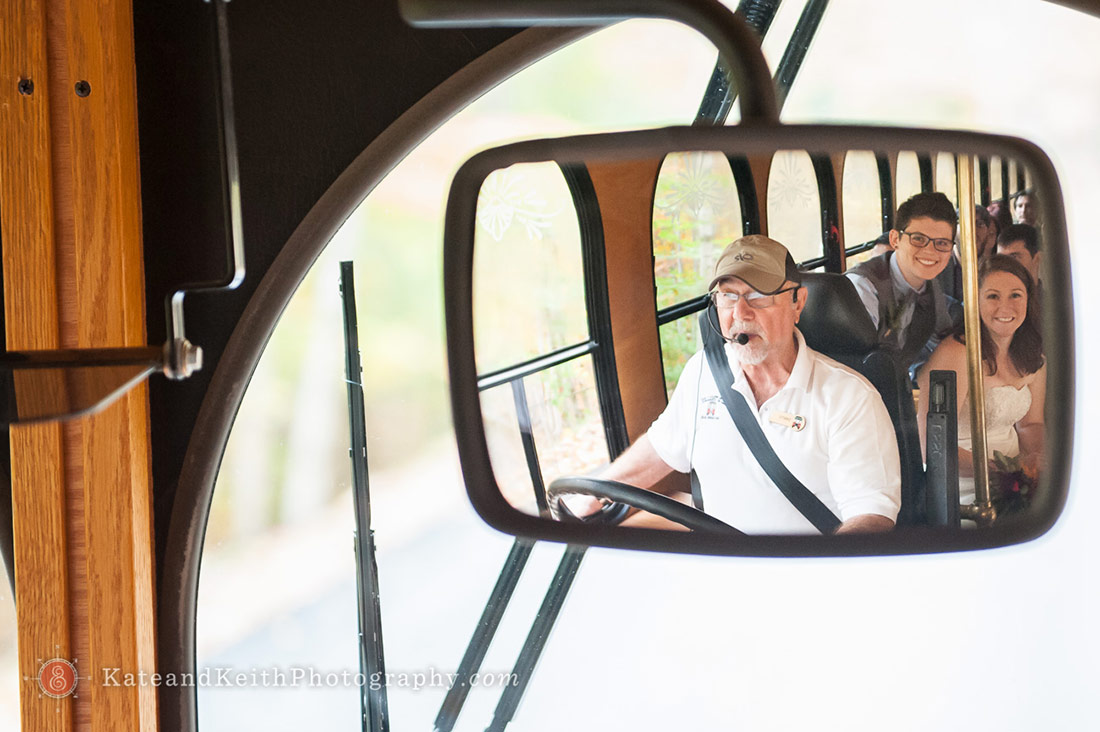 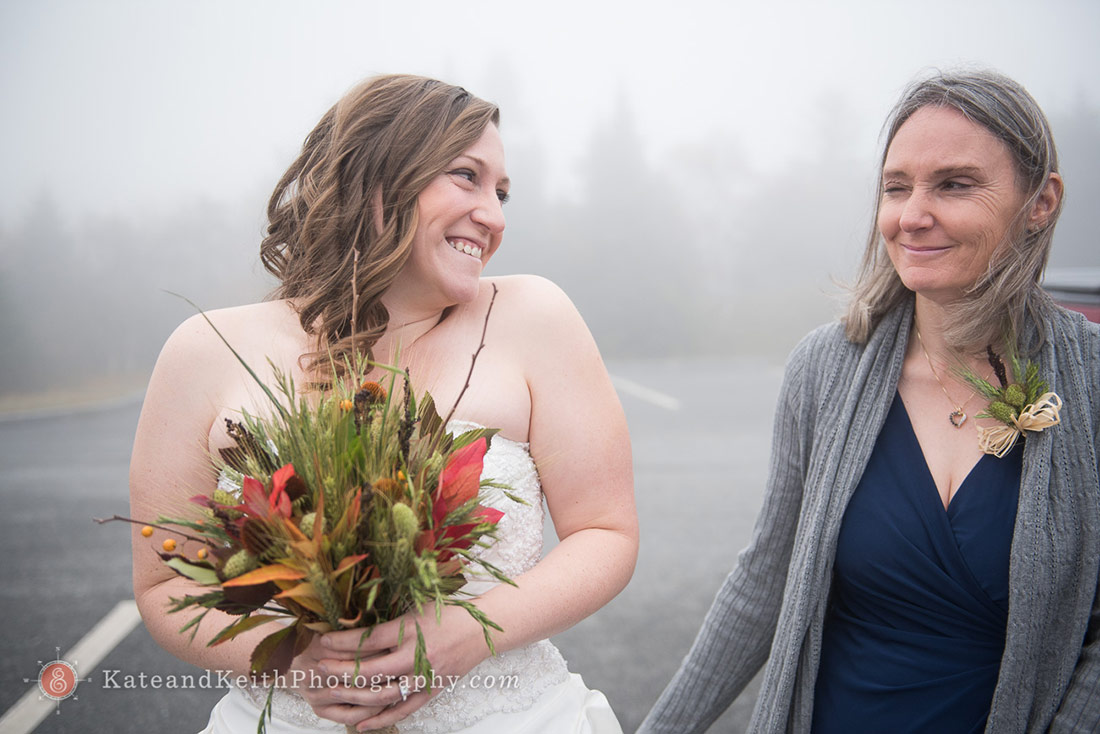 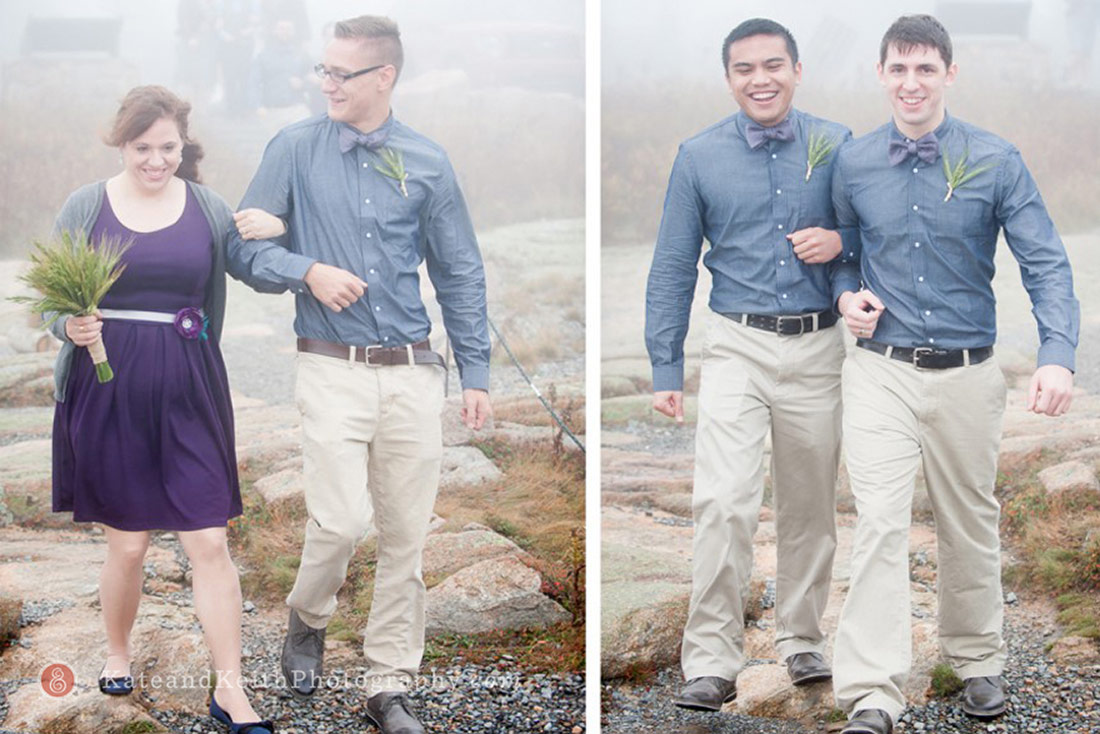 2013 in Maligne Lake, Jasper National Park, Alberta Canada. Yes, in the lake. Susan rented a tiny rowboat and paddled Rachael into the middle of the glacial fed lake to pop the question. After saying “yes”, the sky opened and a deluge of rain drove them back to land, hiding in the lodge for cover. The weather held no power over their happiness, and it only seems fitting to have Mother Nature join on their wedding day. 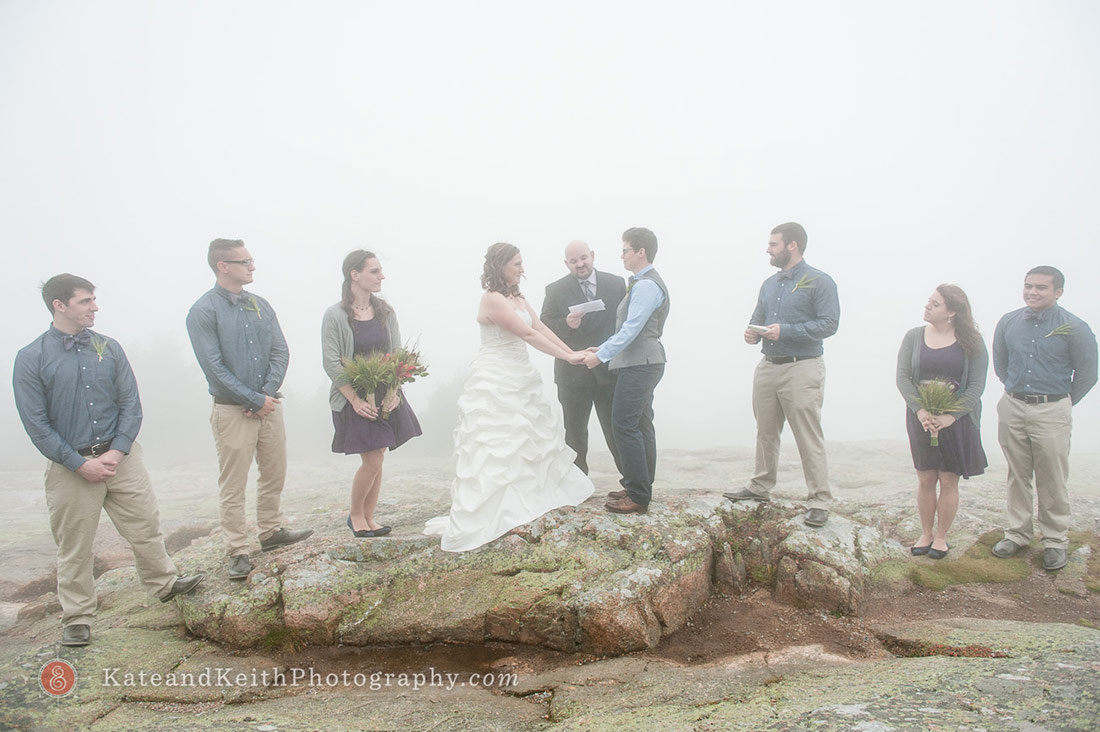 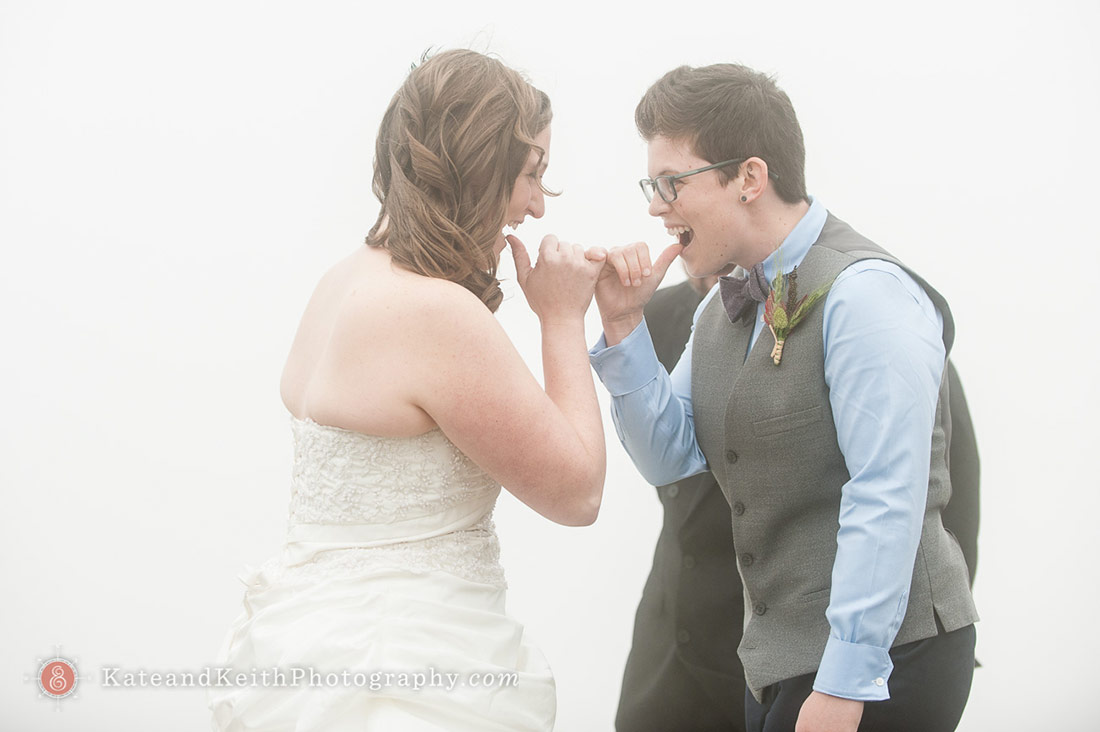 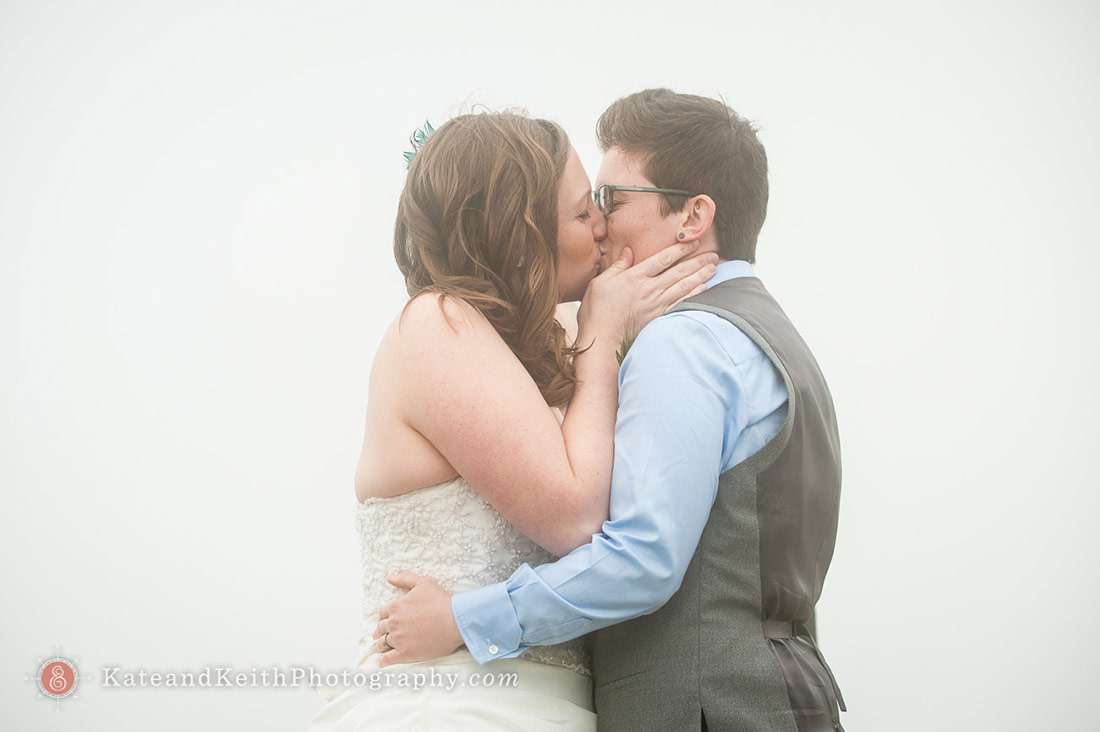 Rachael and Susan share a special bond, complete with pinky swearing and a desire to explore all they can. Renting Oli’s Trolley, we toured the park, stopping at the most popular spots for pictures and laughs. 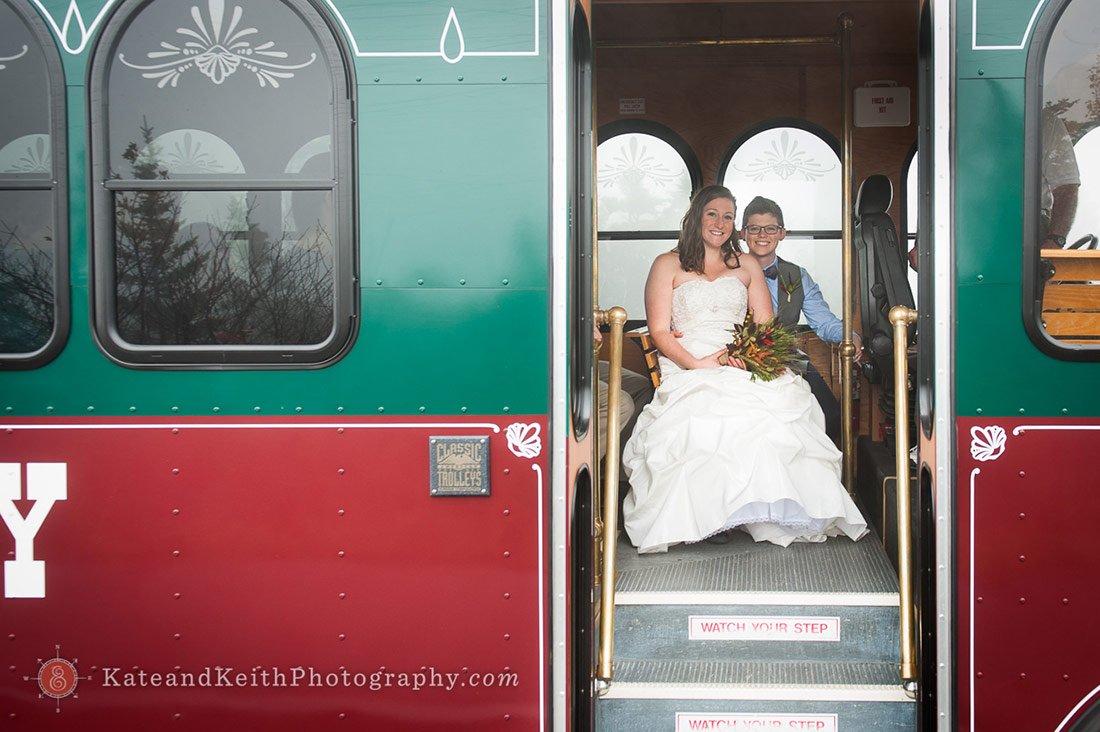 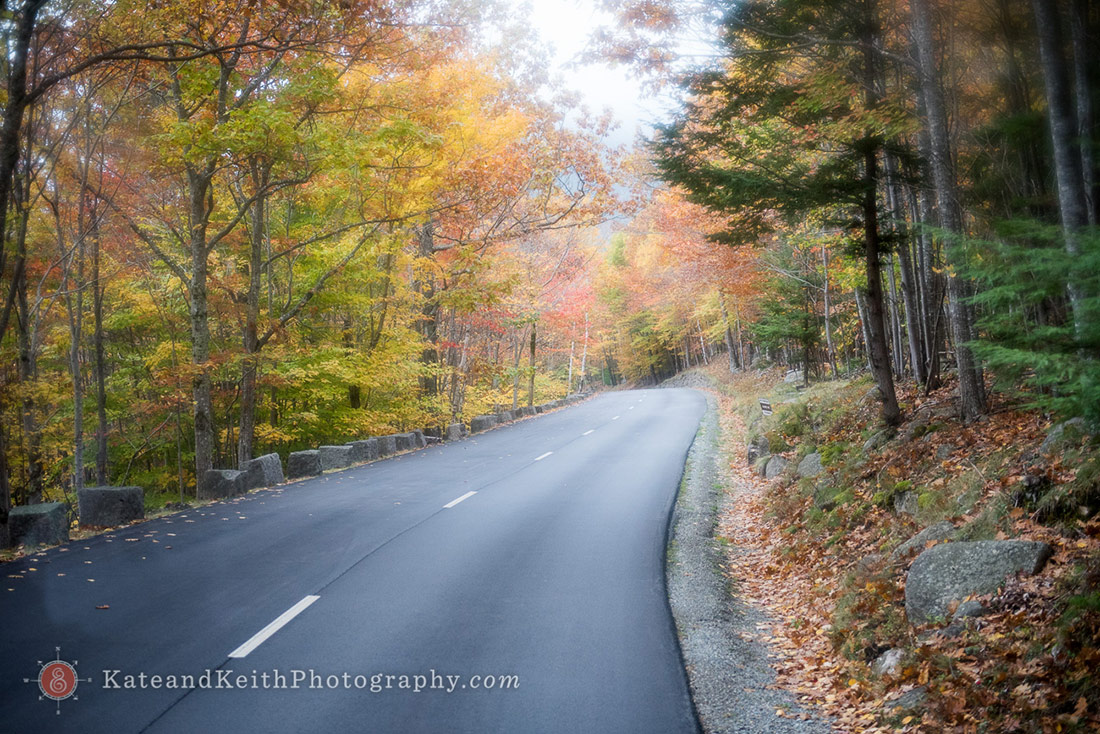 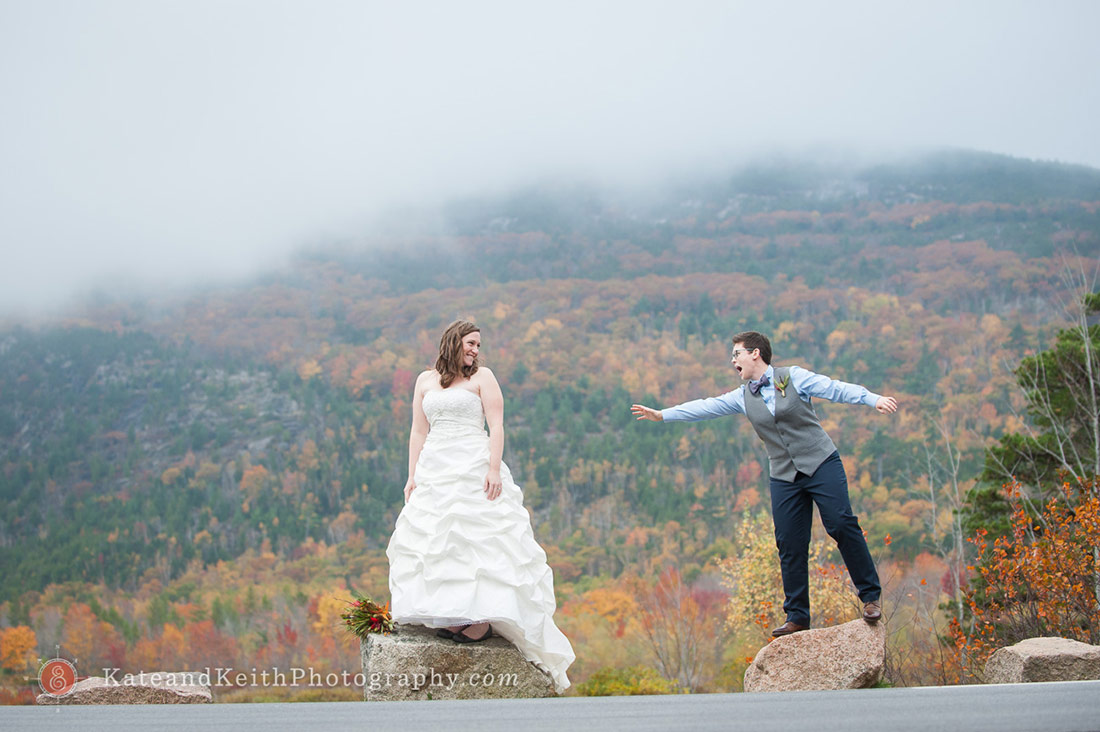 Driving down the Park Loop Road and hitting Beaver Dam Pond, it wasn’t until Sand Beach we met trouble. 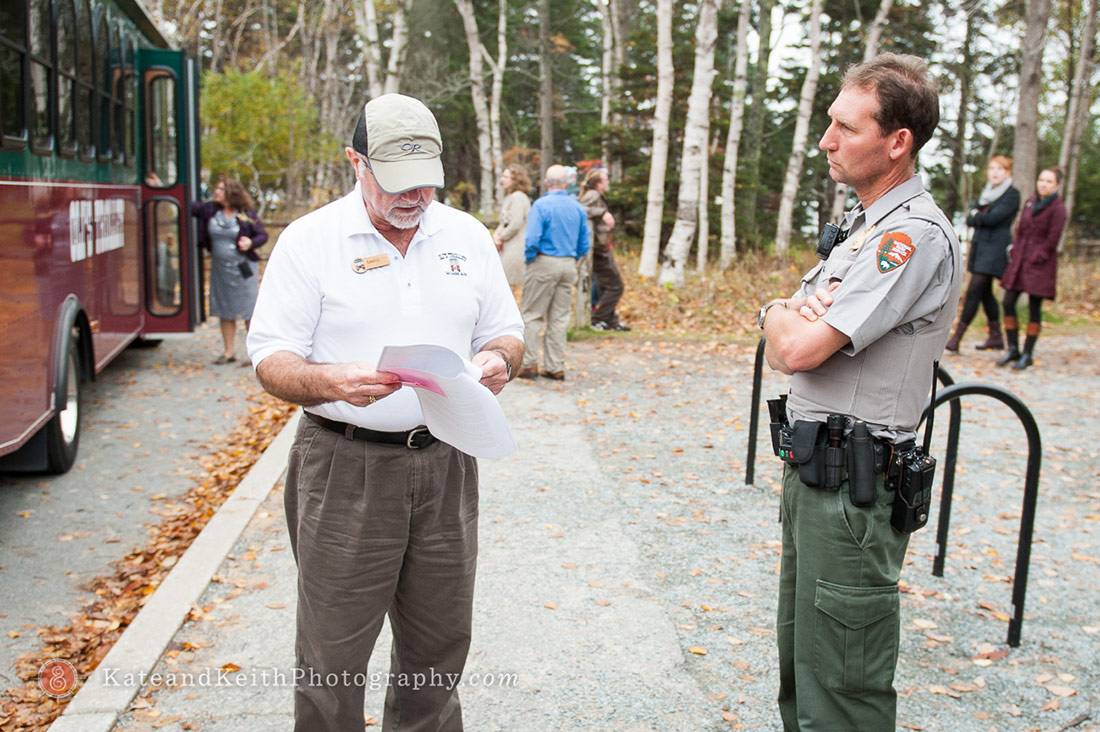 New rule. Apparently buses are no longer allowed in the parking area. Hats off to Santos for keeping his cool as a rather remarkably unfriendly ranger fined him and forced the entire wedding to walk a quarter mile to the road. 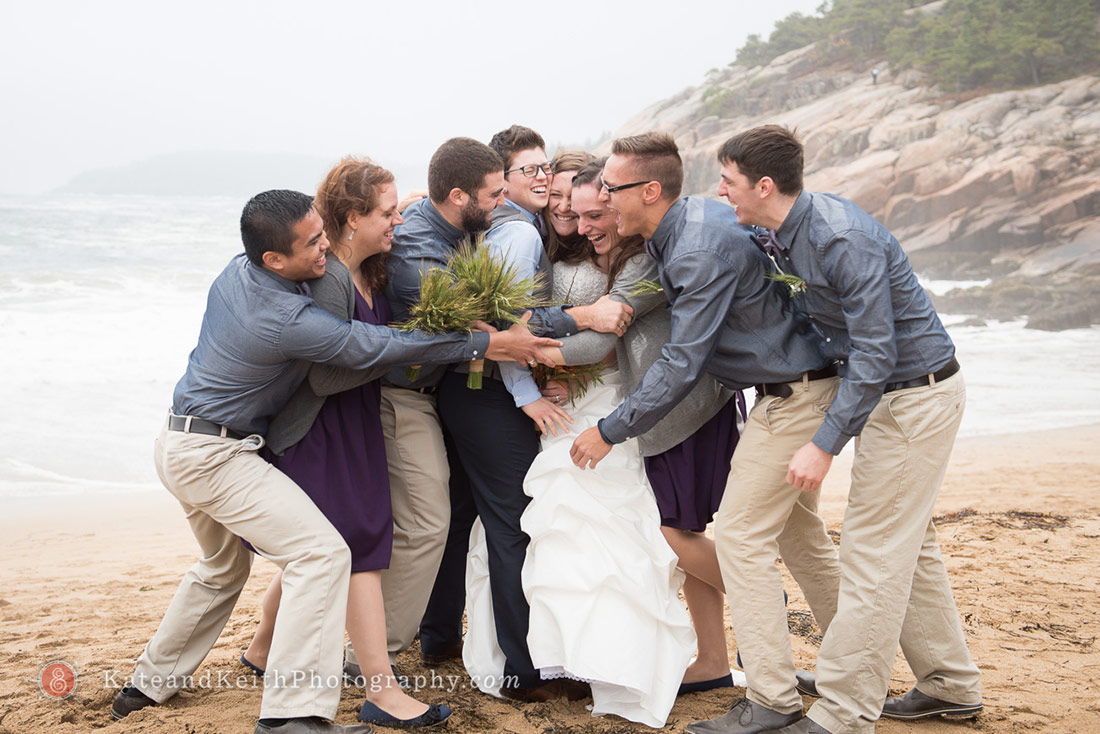 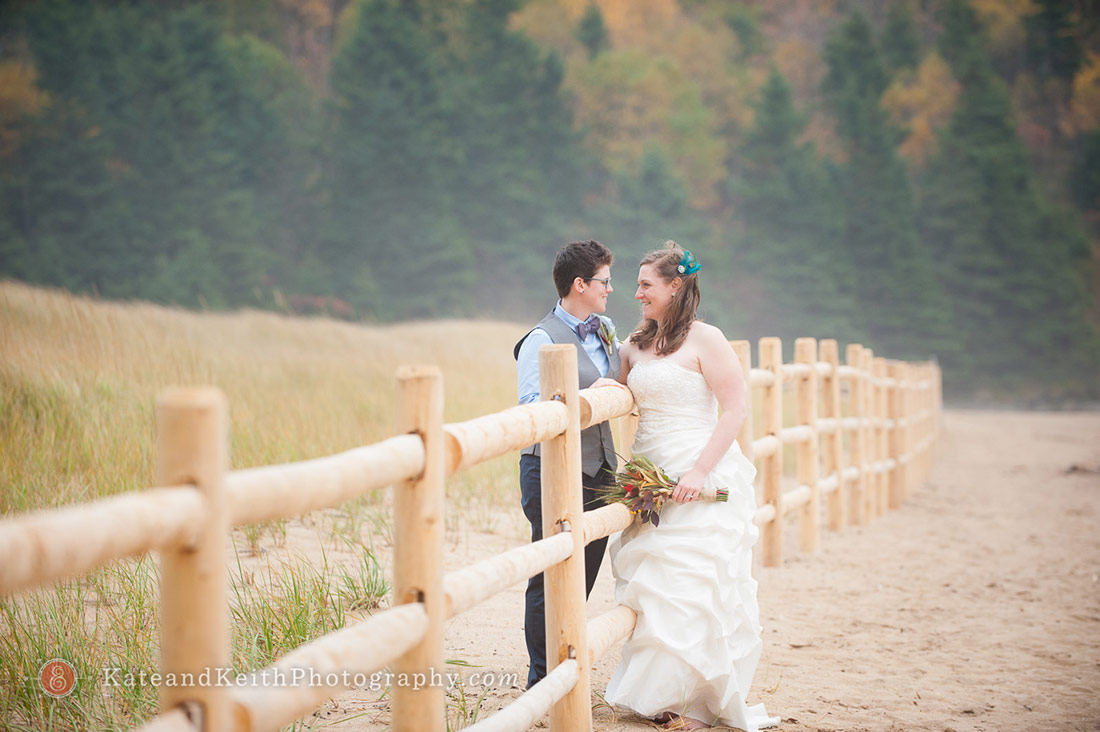 Didn’t stop this group! We love a crowd that doesn’t take negativity for an answer and chooses to have fun anyway! We are actually surprised no one went swimming! 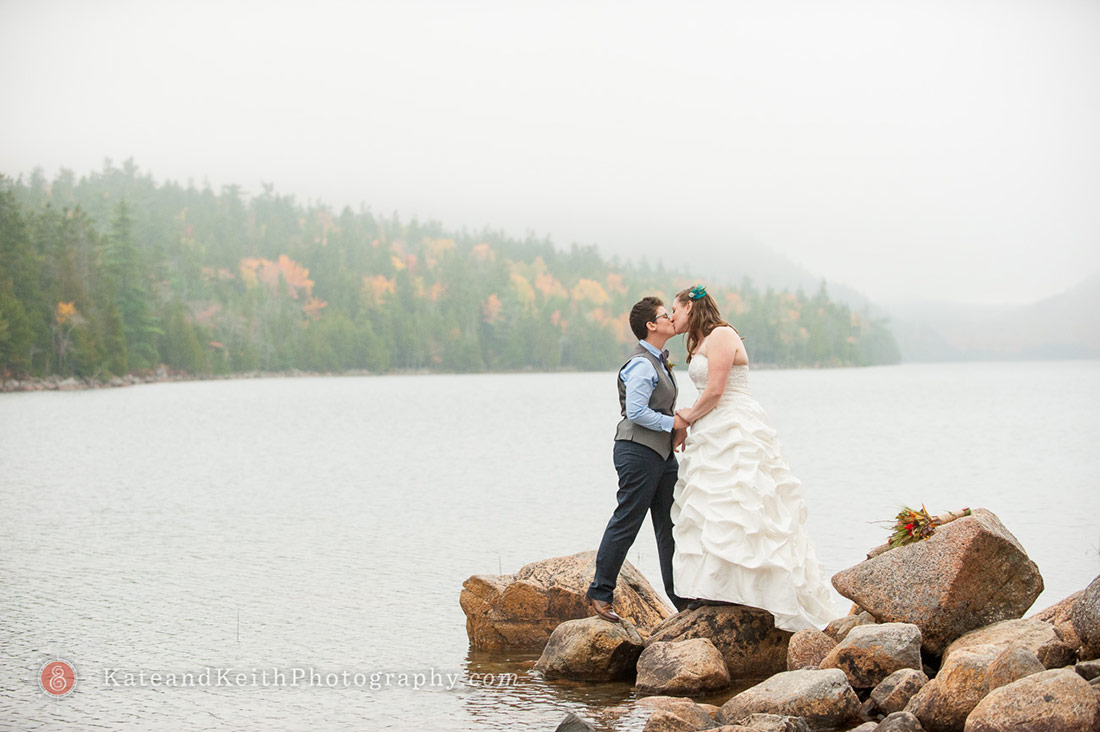 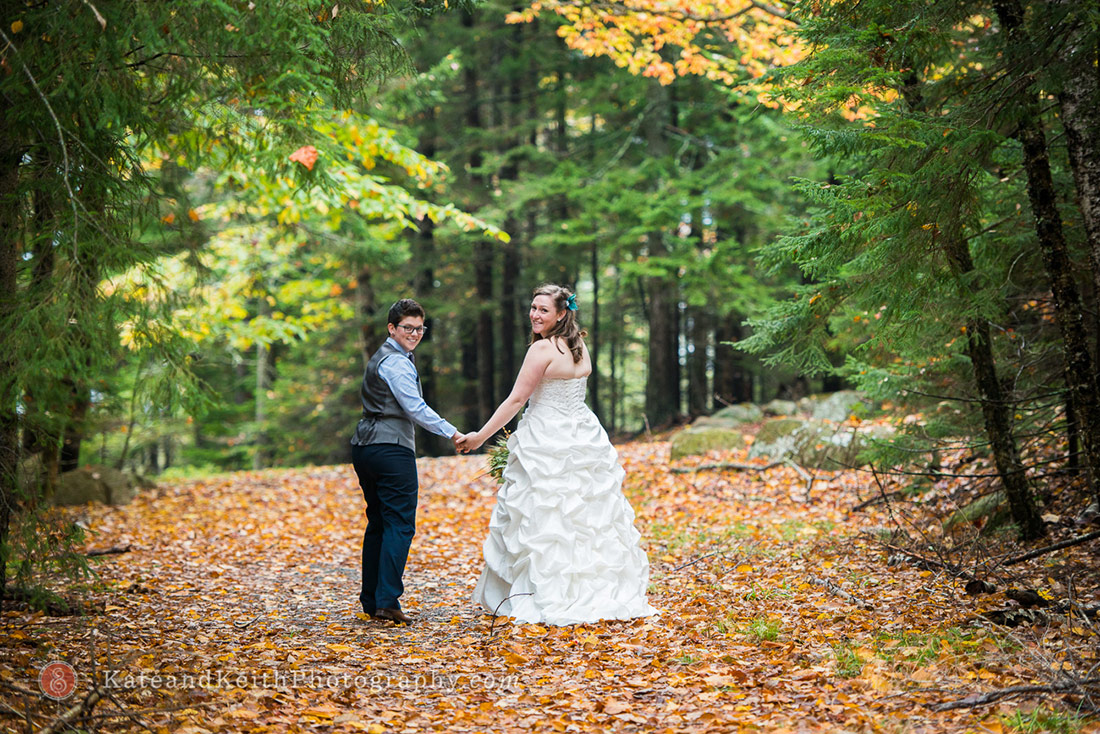 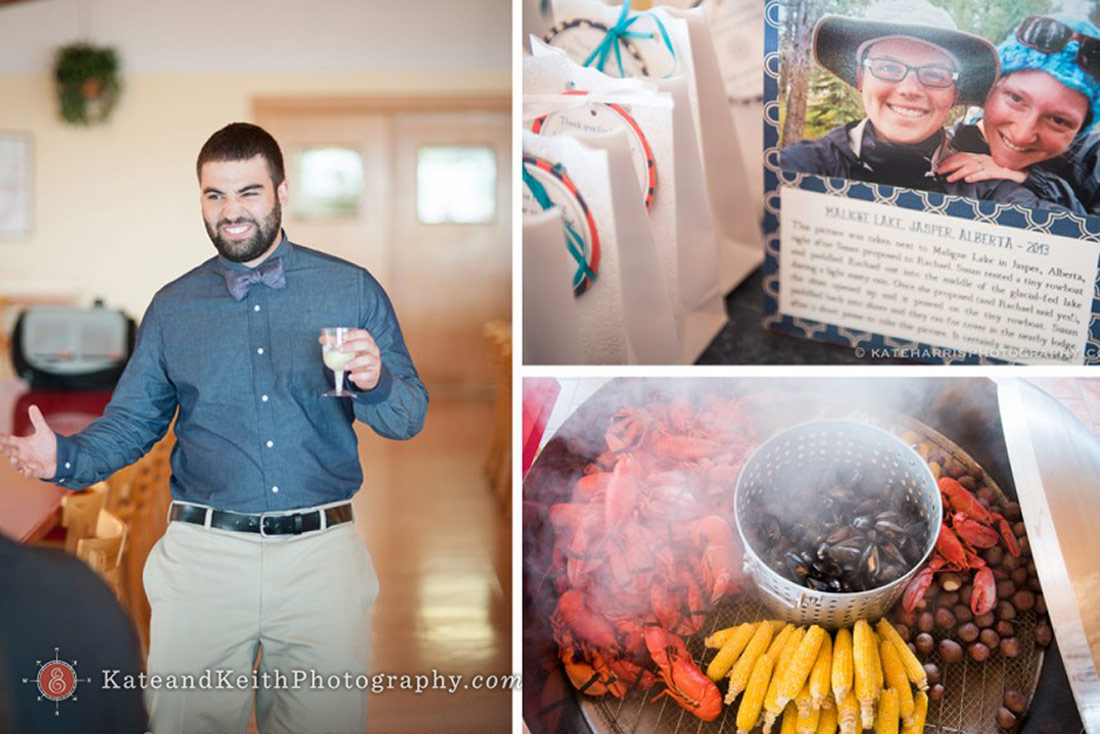 What to do after a fantastic Maine luncheon? Get ready for a BBQ dinner! No wonder afternoon naps were on the menu! 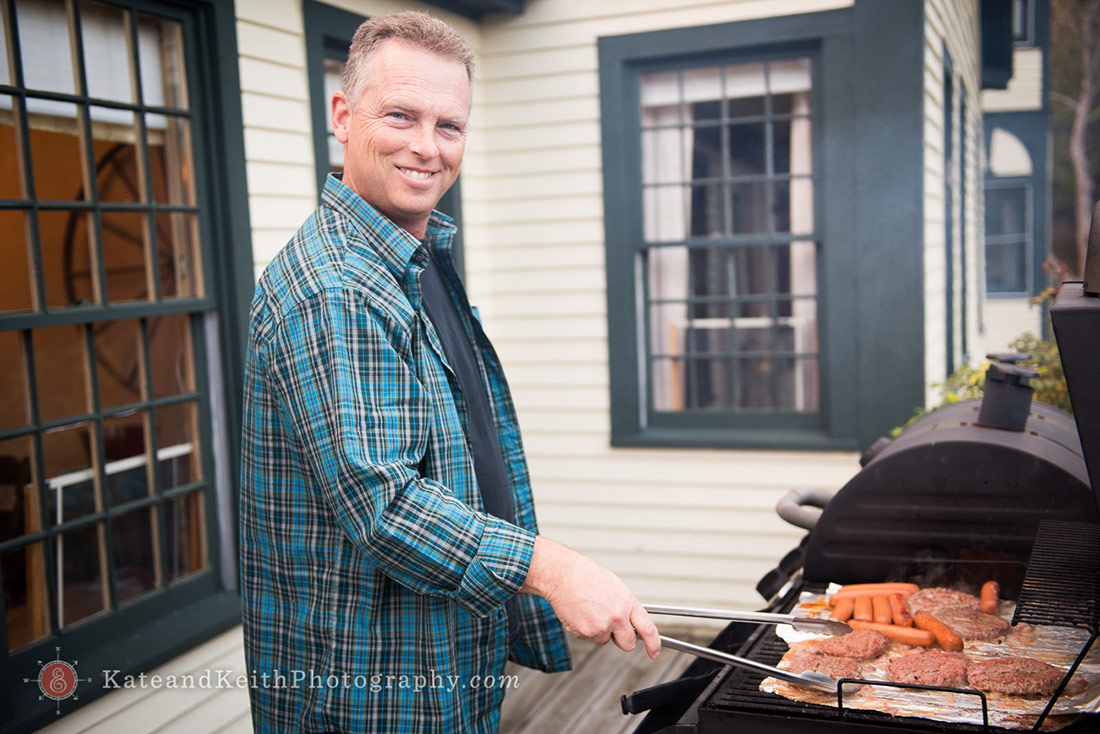 We snuck off for a sunset and happened upon David, a Scottish piper and gay rights activist who pierced the quieting sunset with amazing tones as though straight from a movie! (yup, this really happened!) 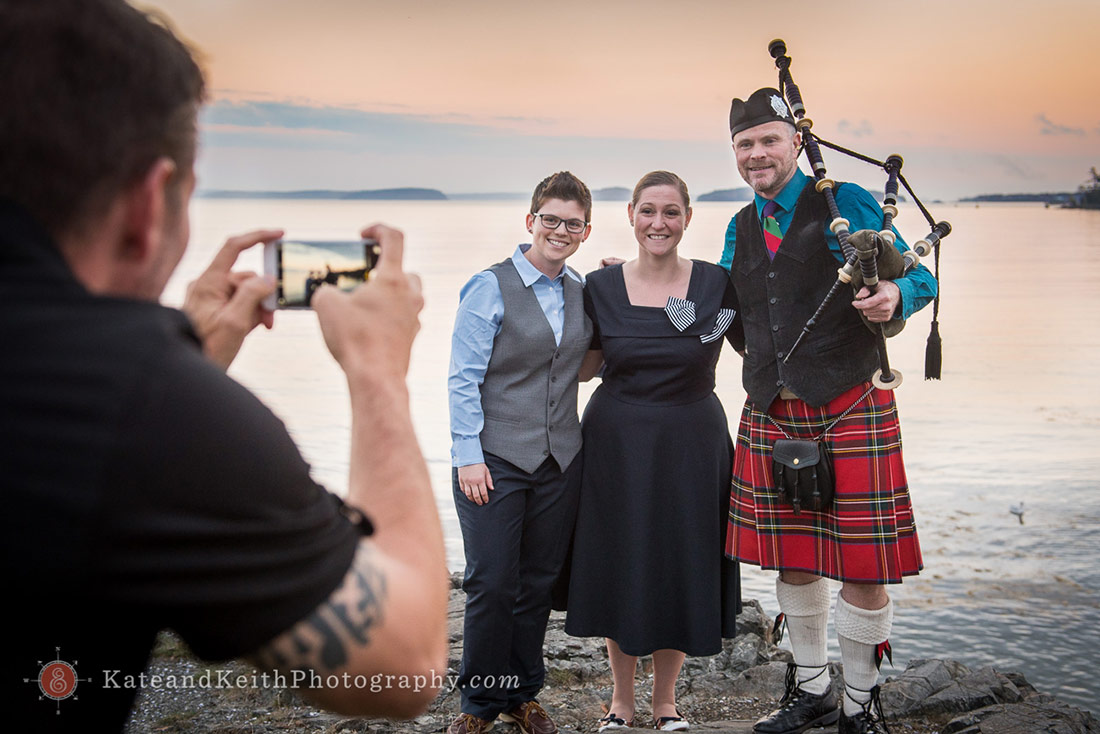 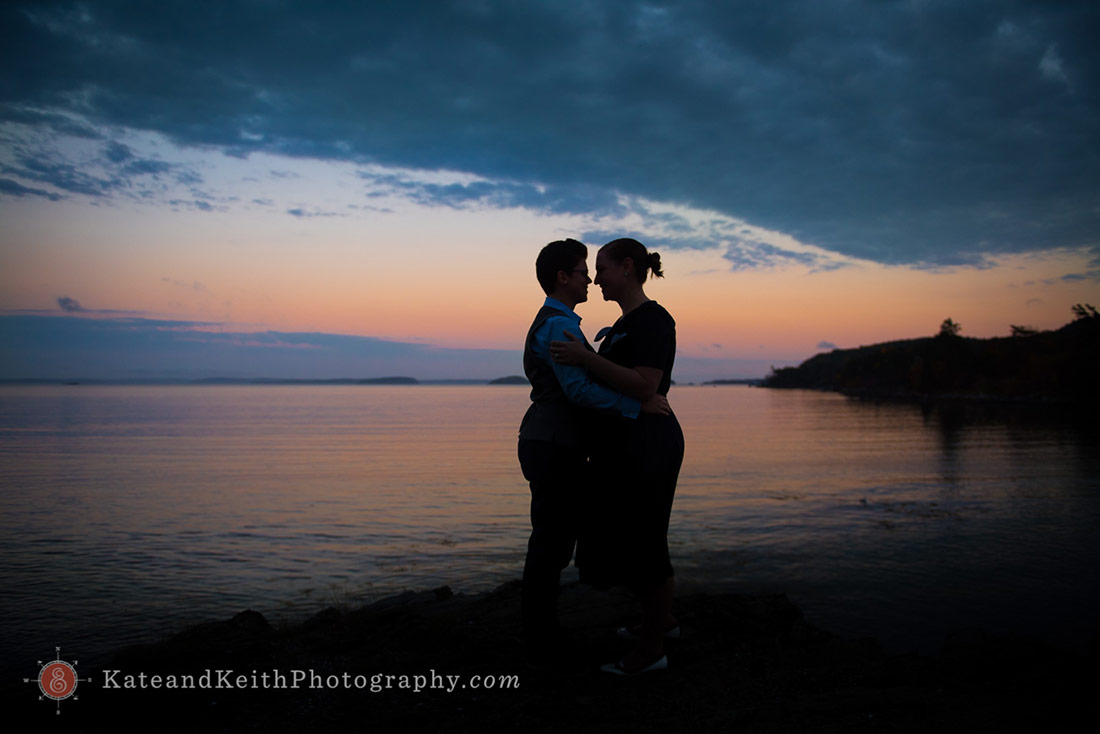 And what better a way to end the evening than with sparklers! Thank you Susan and Rachael for an amazing day! Can we be your official National Park photographers?? 🙂 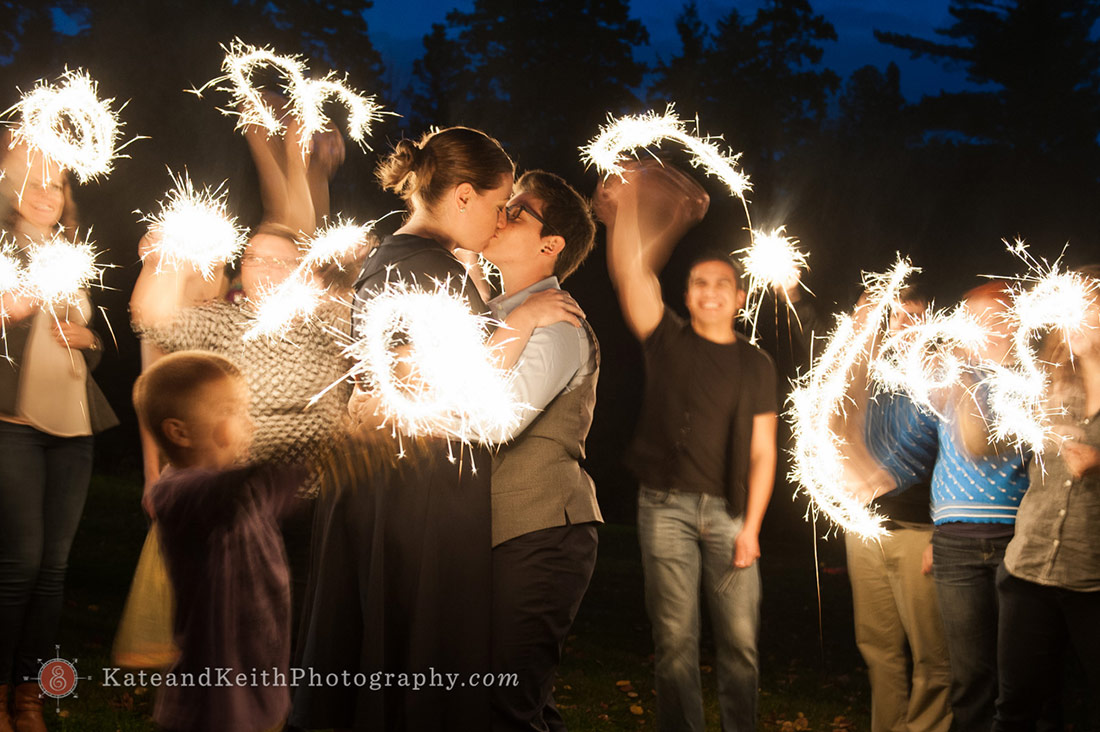 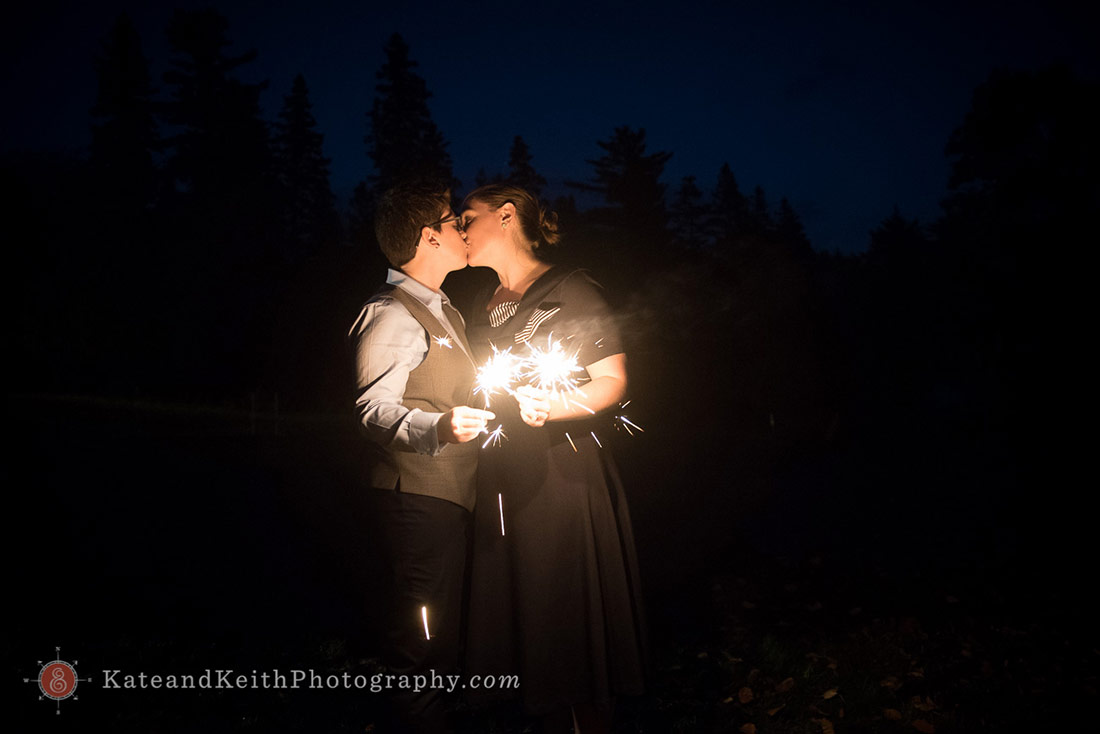 Kristin & Mike, Waimanalo Beach – Waimanalo, HI
The Hawaiian beach wedding dreams are made of! Kristin and Mike might just be the poster couple of "it was meant to be." You know,…