A sun-soaked beach house, an antique Cadillac, an intimate gathering of family and friends, this Fuller Gardens wedding could only be made better by a pretty cool couple! Welcome to Gretchen & Dan’s whirlwind wedding planned and executed in only 7 weeks! 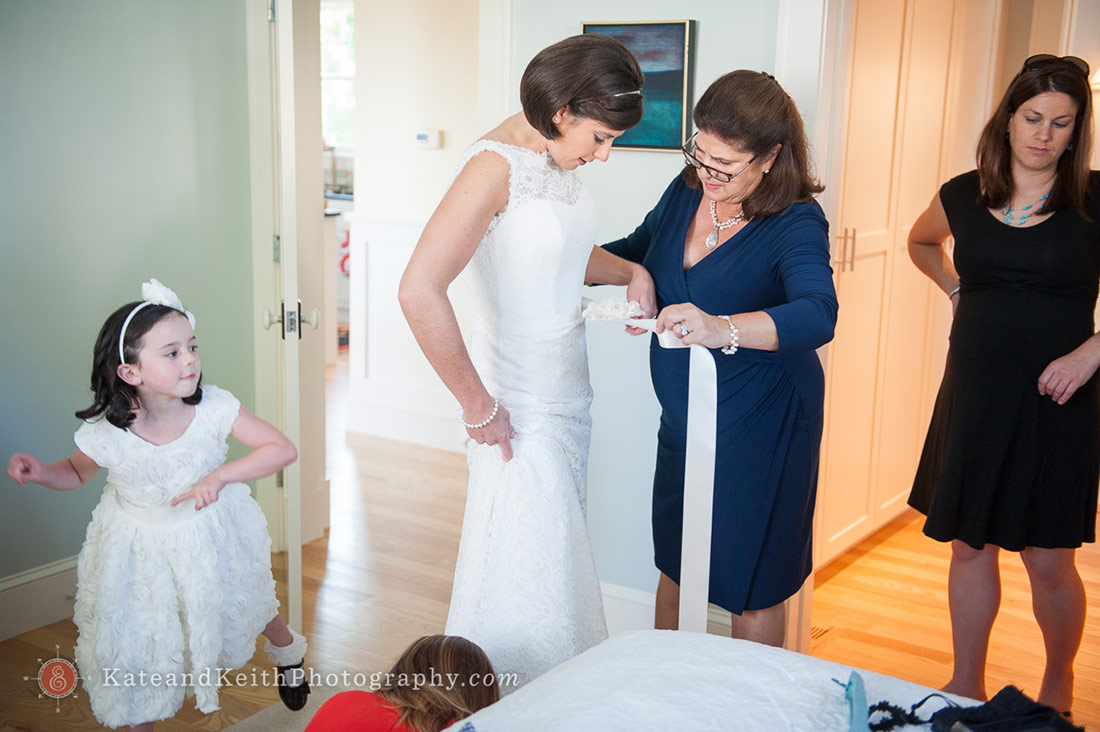 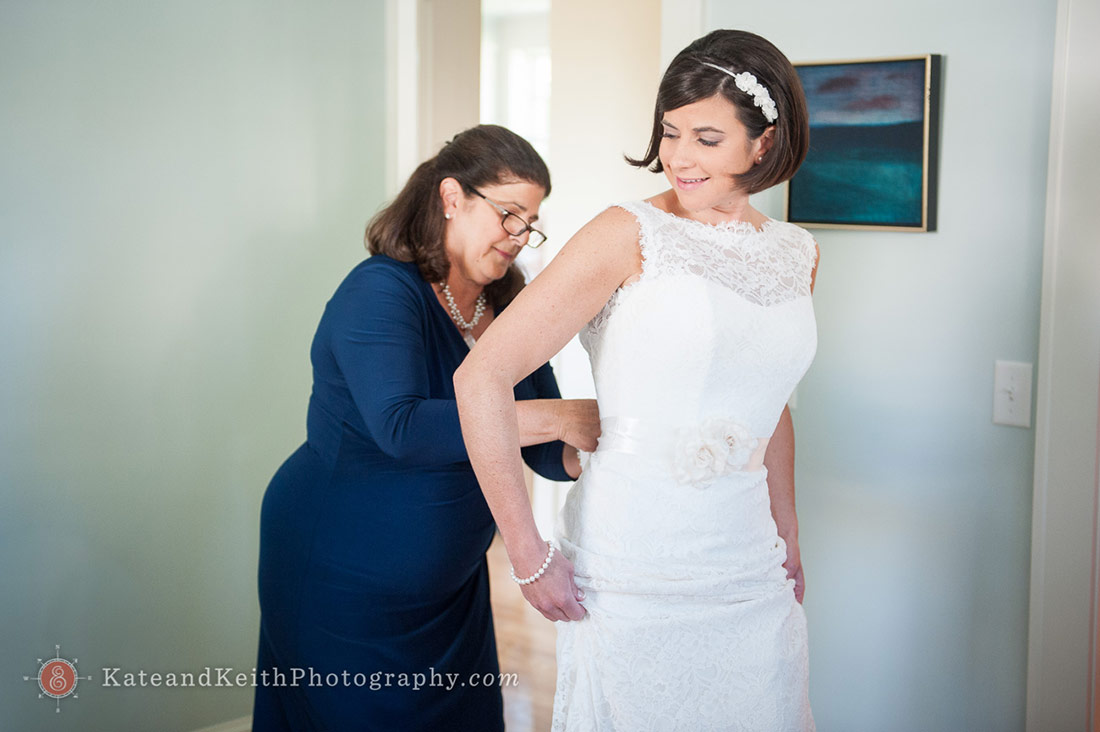 And apparently, it’s all thanks to a four year old! Yup, this little girl, Gretchen’s niece, stated one weekend at the beach that Dan and Gretchen were to be married. But, first she let them know they are to be engaged. And that’s how it went! 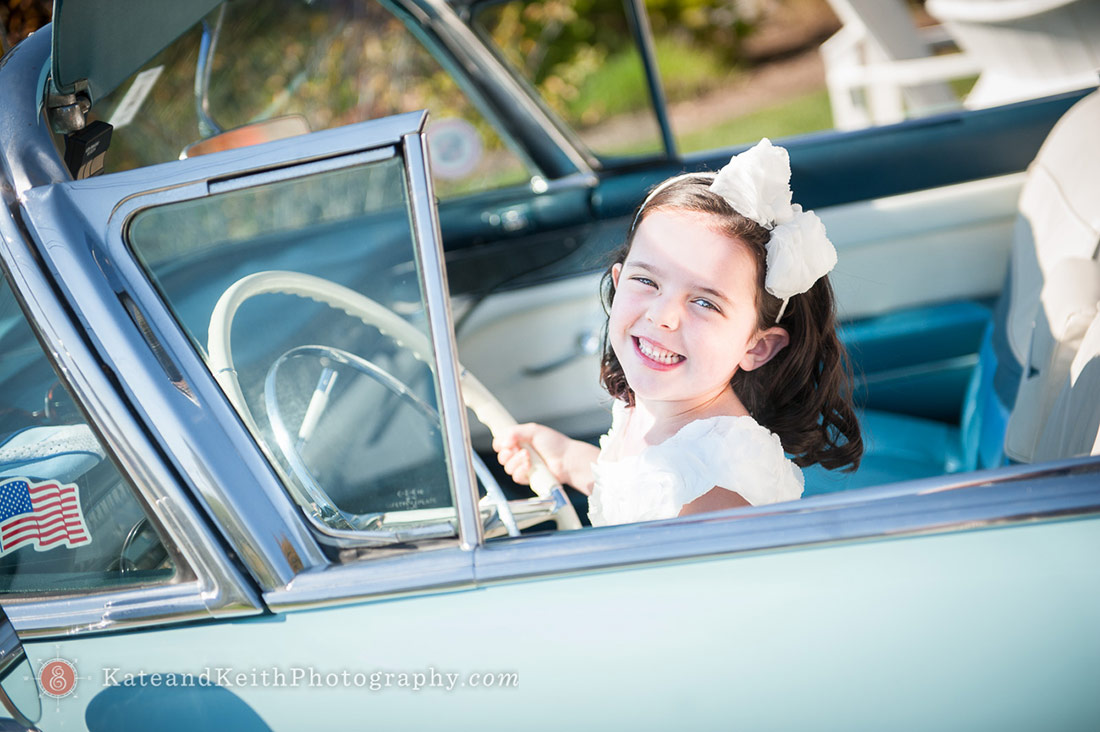 It’s probably safe to say Anne isn’t “really” four! However, eight years after meeting at Clery’s Bar in Back Bay Boston, their engagement probably wasn’t a surprise to anyone! Gretchen grew up in New Hampshire and attended college in Providence. She then moved to Boston while working at Lahey Hospital as a data analyst. 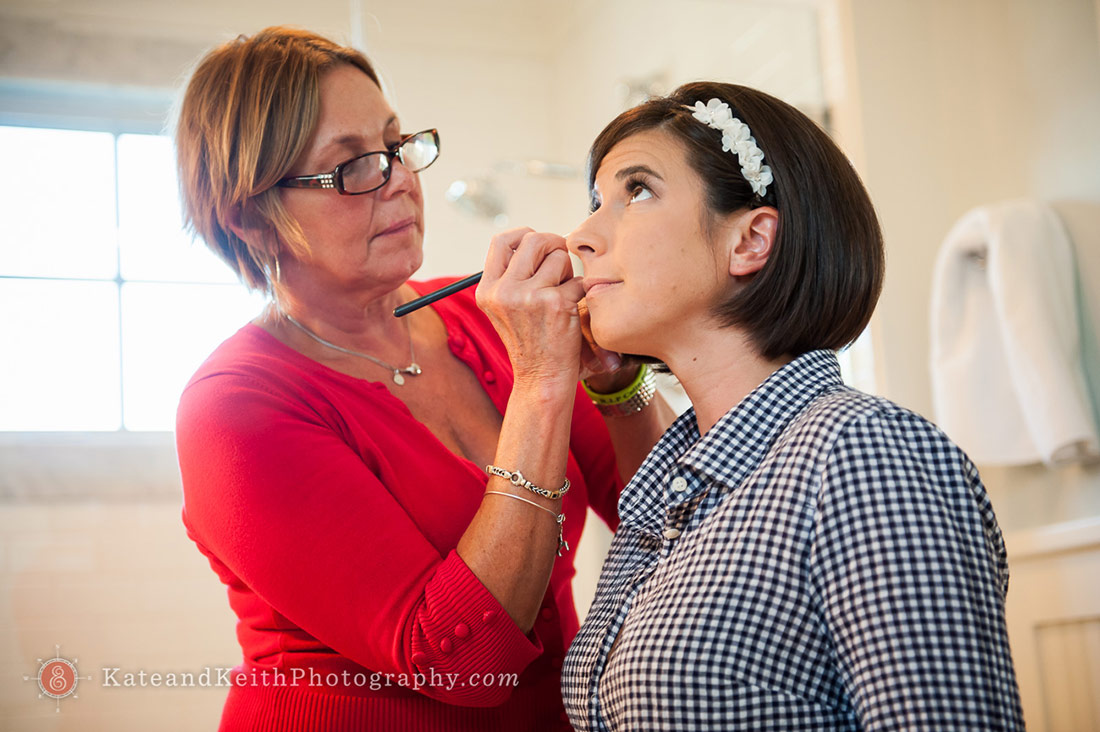 Dan grew up in Minnesota, went to school in Iowa and moved to Boston where his brother and Grandmother lived. Looking for a change he moved in with his brother and grandmother in Boston for a bit before meeting his future wife. He now works at Mass Mutual managing 401k’s. 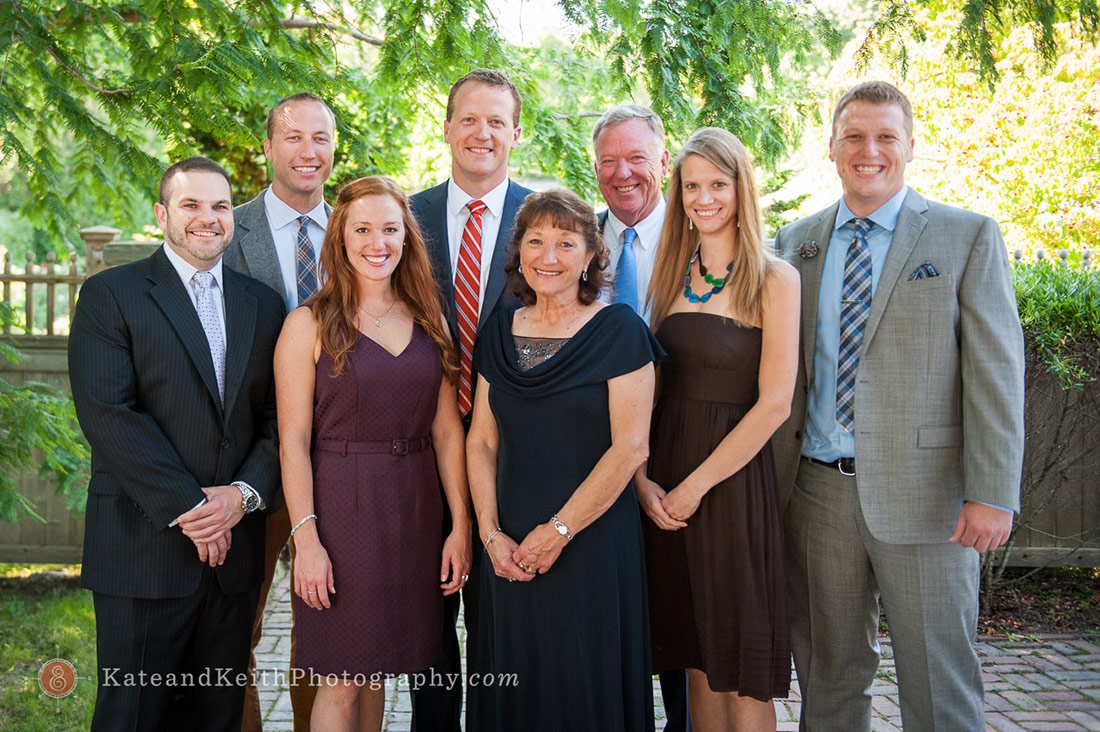 Oh yeah, and height runs in his family! Mega cuteness seems to run in Gretchen’s side! Both nieces were stars of the day. (We’re giving dad, Mike, runner up as he had a broken collar bone and zero hesitation to let that hold him back!) 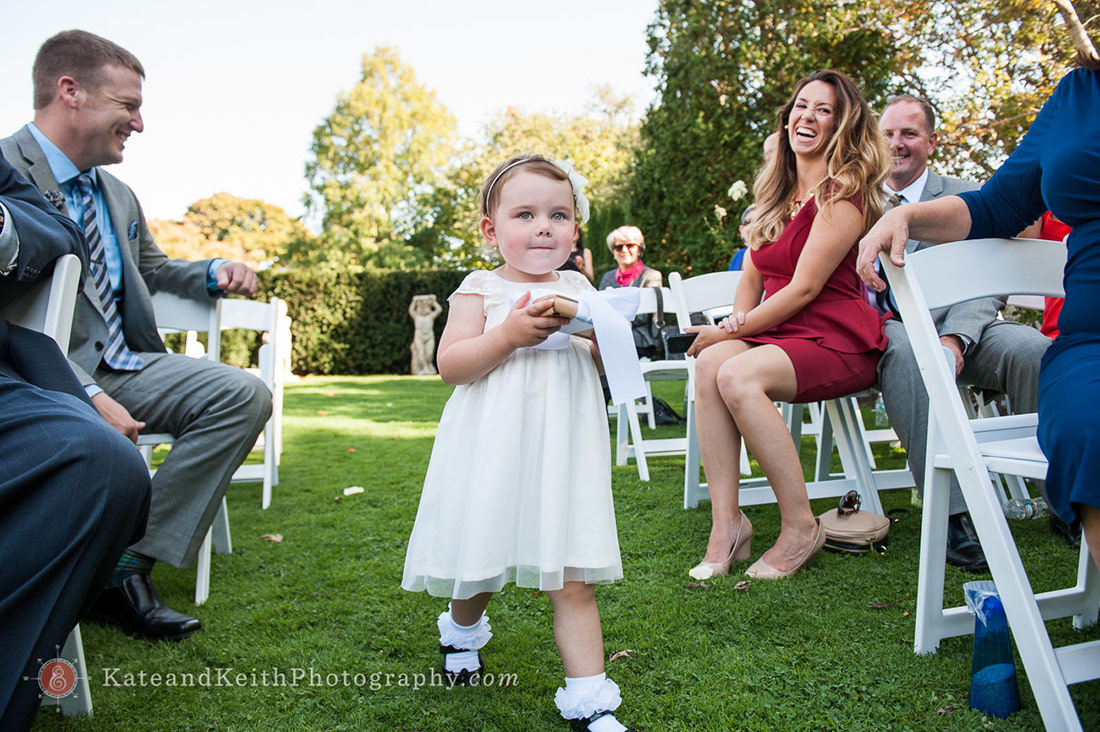 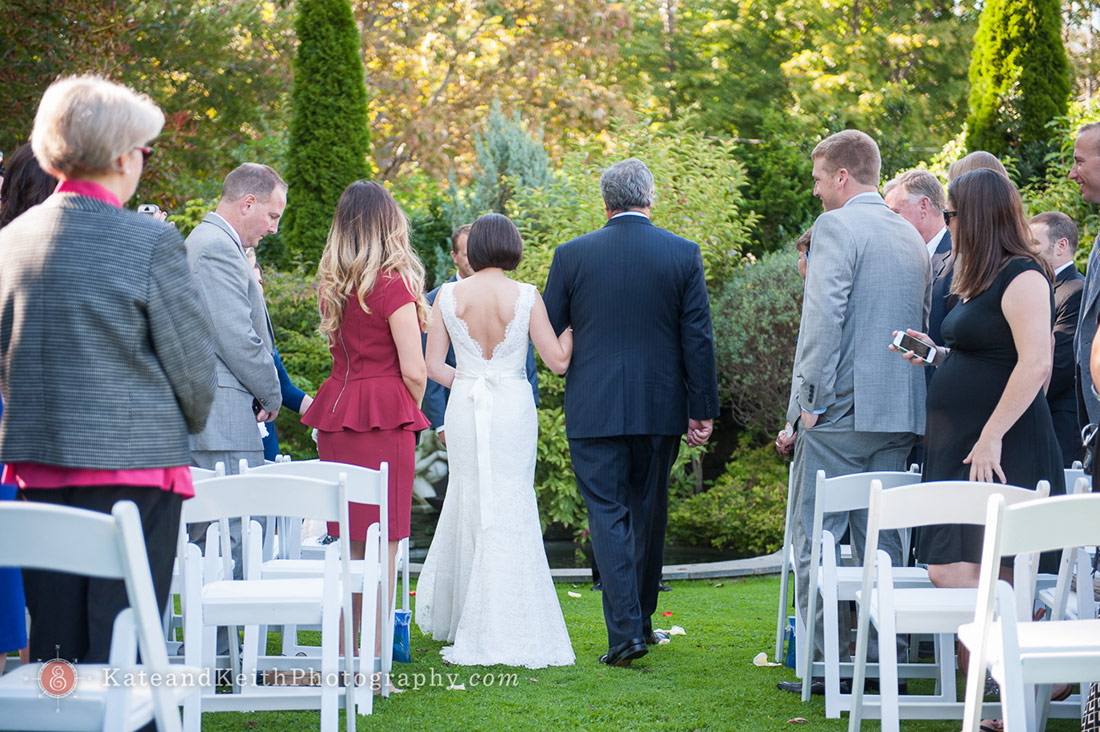 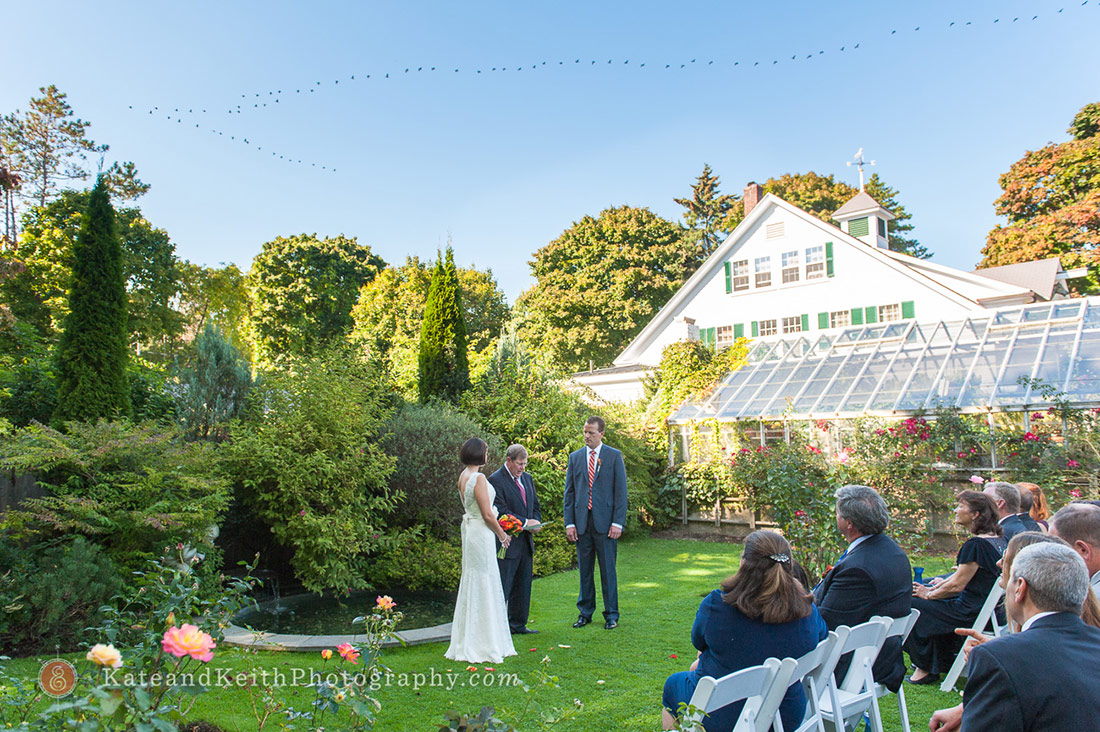 Fuller Gardens is a gorgeous property in North Hampton on the New Hampshire coast, once the formal garden of Alvan Fuller’s estate. Rose bushes bloom all season and secluded gardens give the feel of historic English properties. Everyone agree that it was some sort of amazing omen that a perfect V of geese silently flew overhead as the ceremony began. 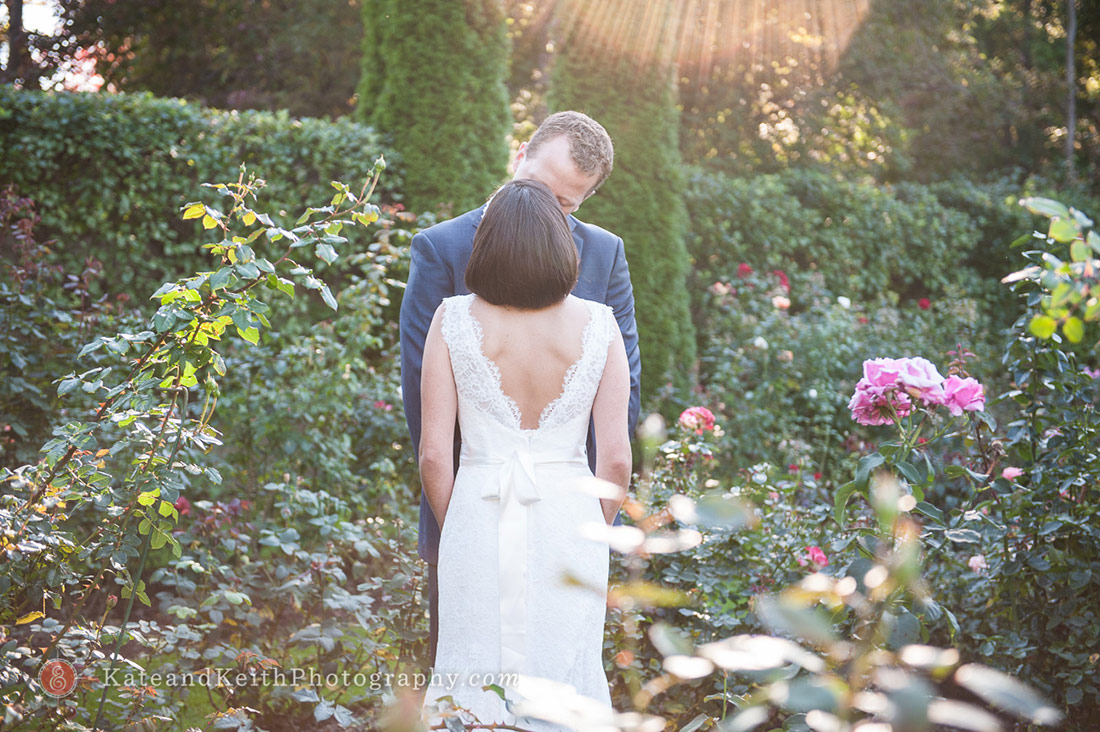 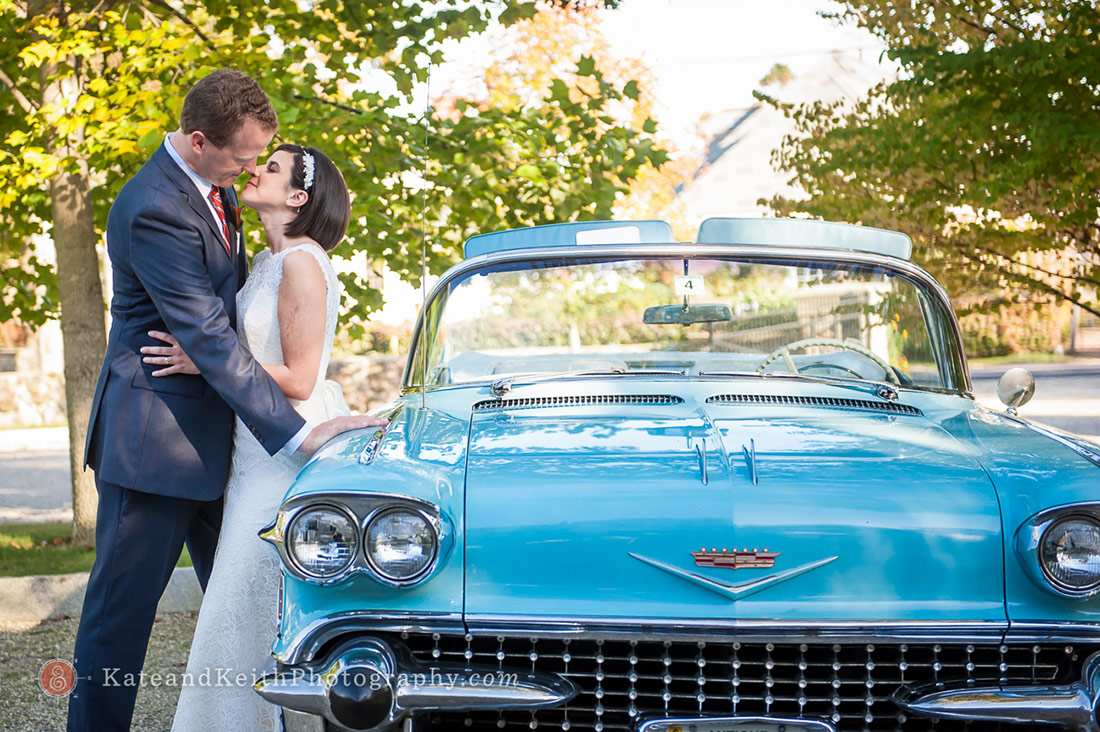 The sun was lowering and we took full advantage of the glowing light before heading back to the beach house in style at the helm of friend Bernie’s classic Cadillac, stopping along the way for a few beach side shots. The couple had seen Bernie driving down the road, and Dan, a lover of classic cars spotted him immediately. Ironically he turned out to be a friend of Gretchen’s dad and an instant relationship began. 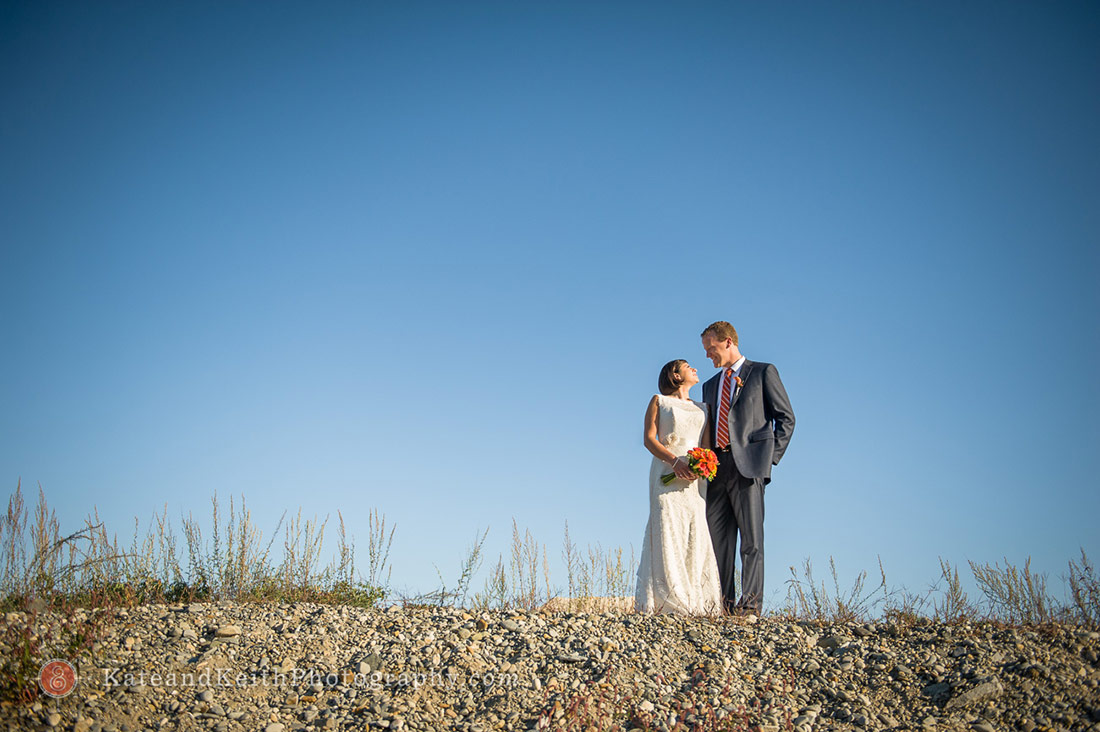 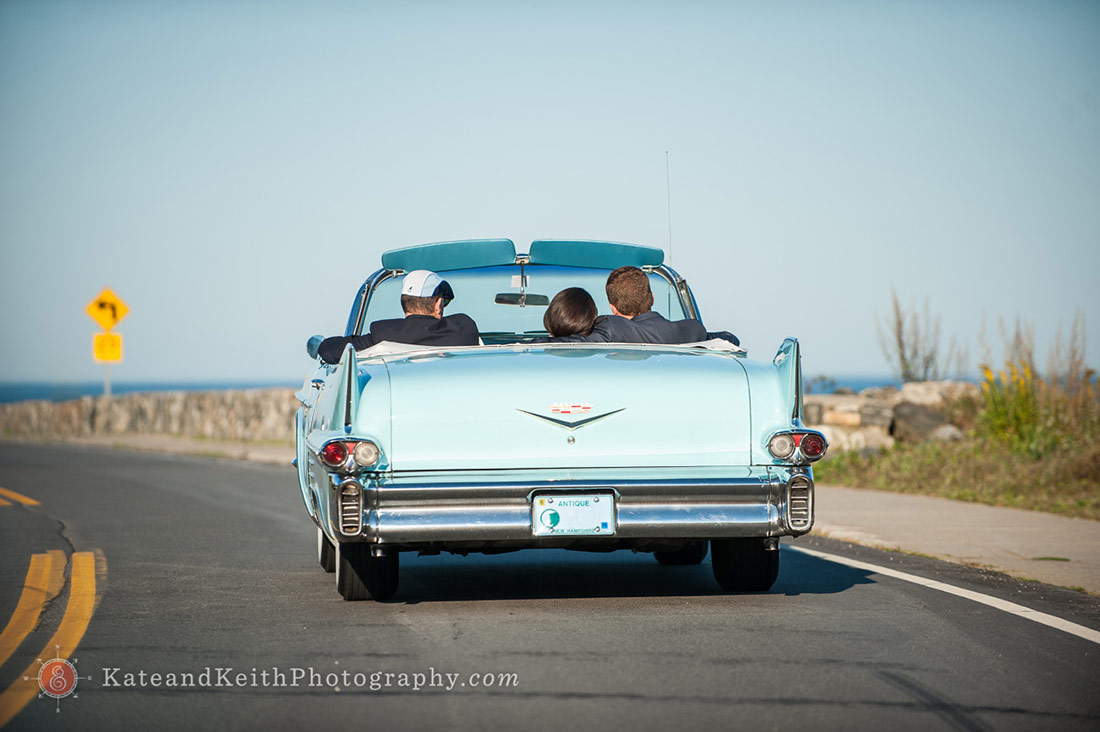 The family house was in full swing with cocktail hour, the Groove Makers jazz band, oysters, lobster tails and a blueberry lemonade. 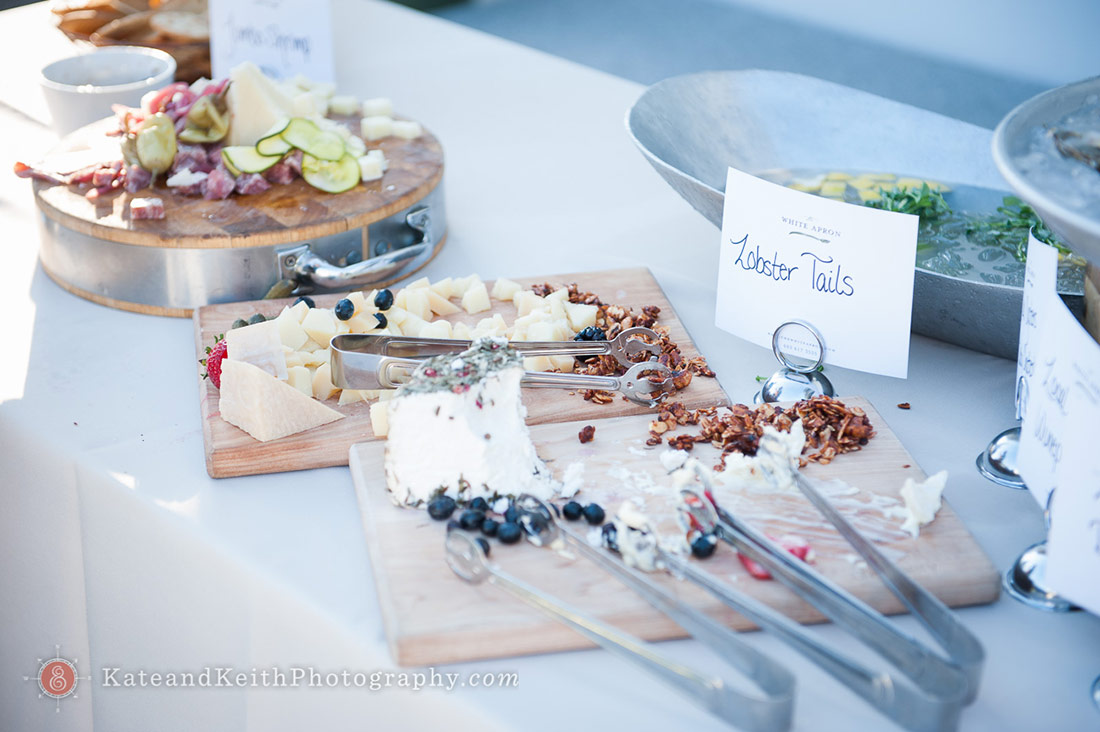 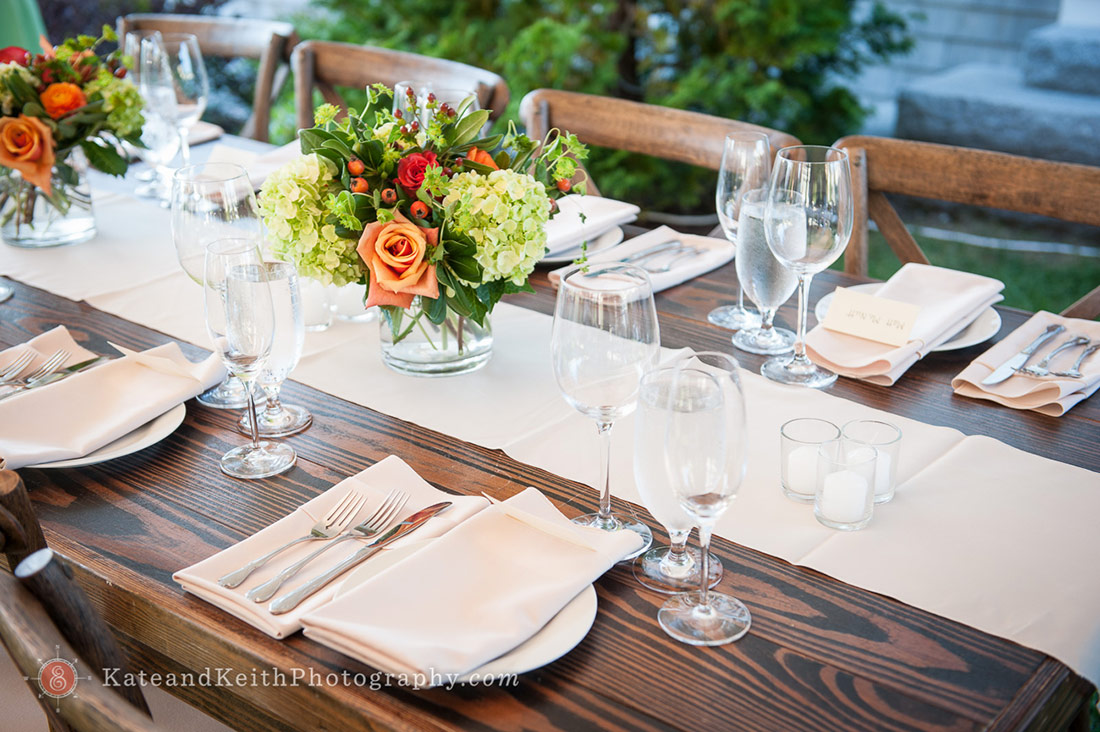 Gretchen and Dan weren’t the type of couple to feel the need for tons of posed pictures, so we let the evening play out, sneaking off only briefly for a few sunset shots, giving their personalities a gorgeous golden glow. 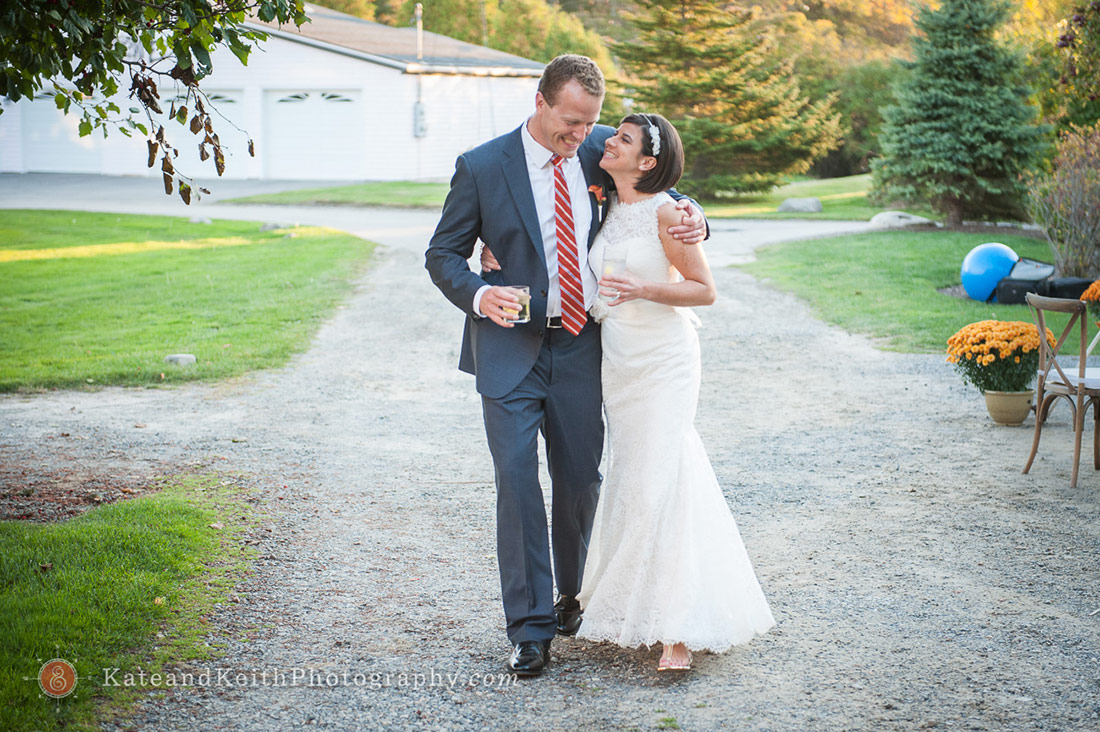 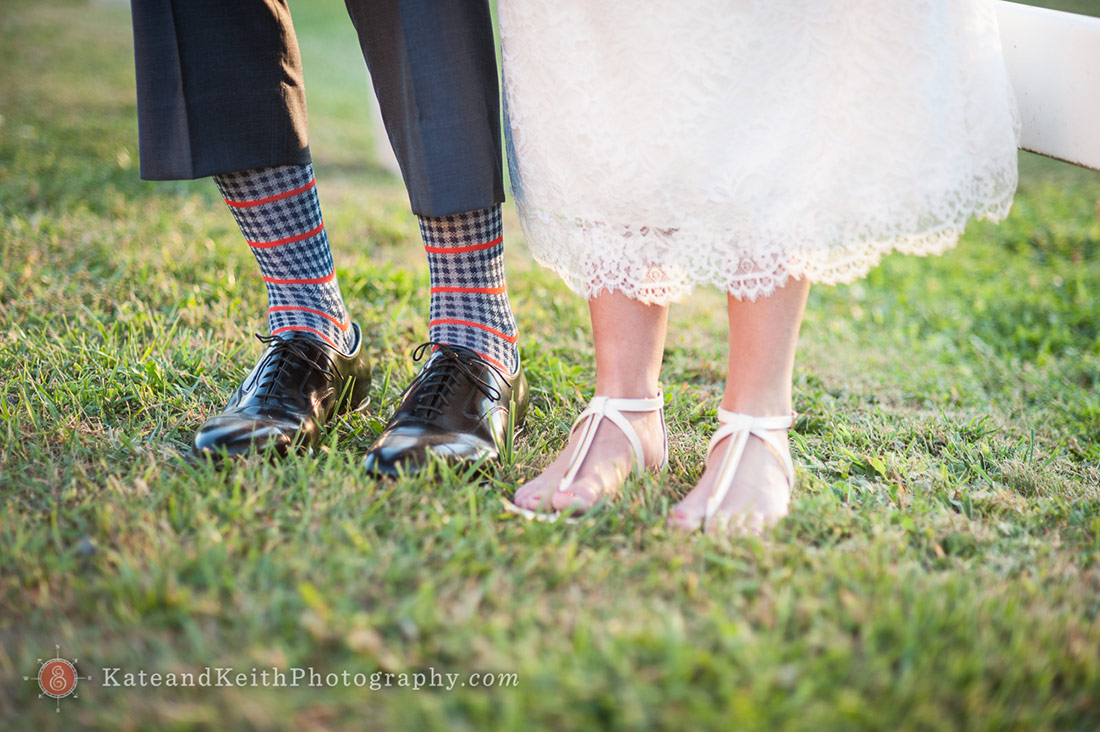 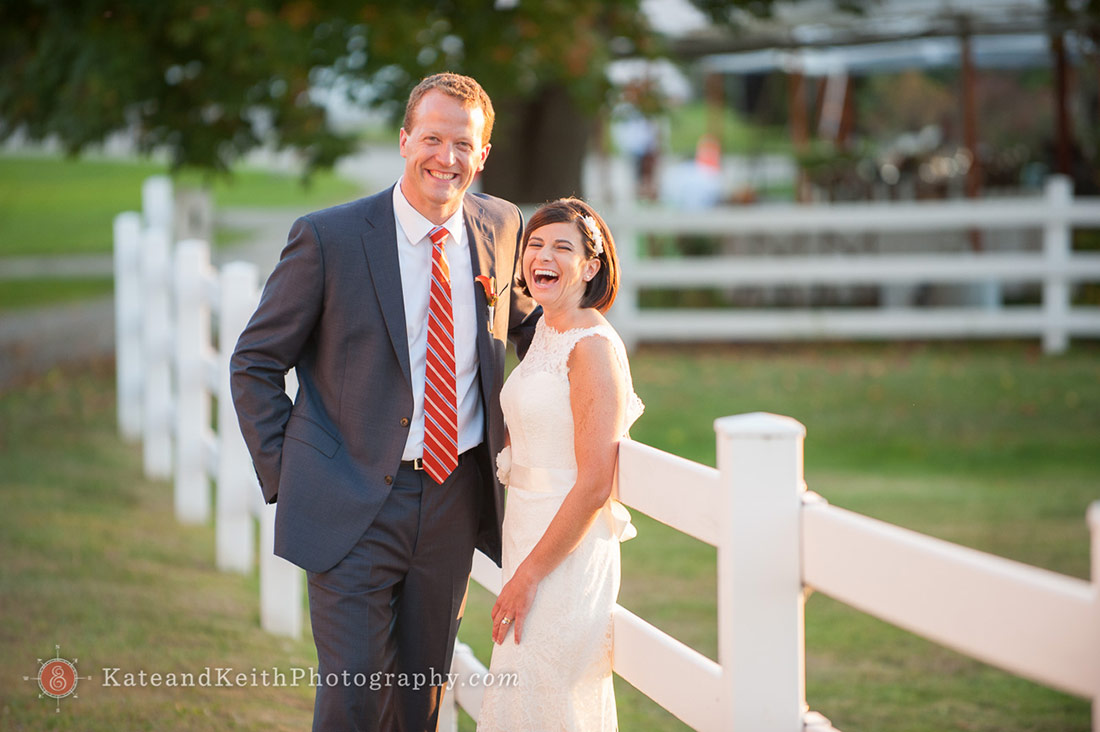 Dinner was amazing, whipped up in the family kitchen and immaculately displayed. I’m fairly positive we ate more beets than is healthy, but simply couldn’t say no! Our foodie selves definitely weren’t the only ones excited by the meal! 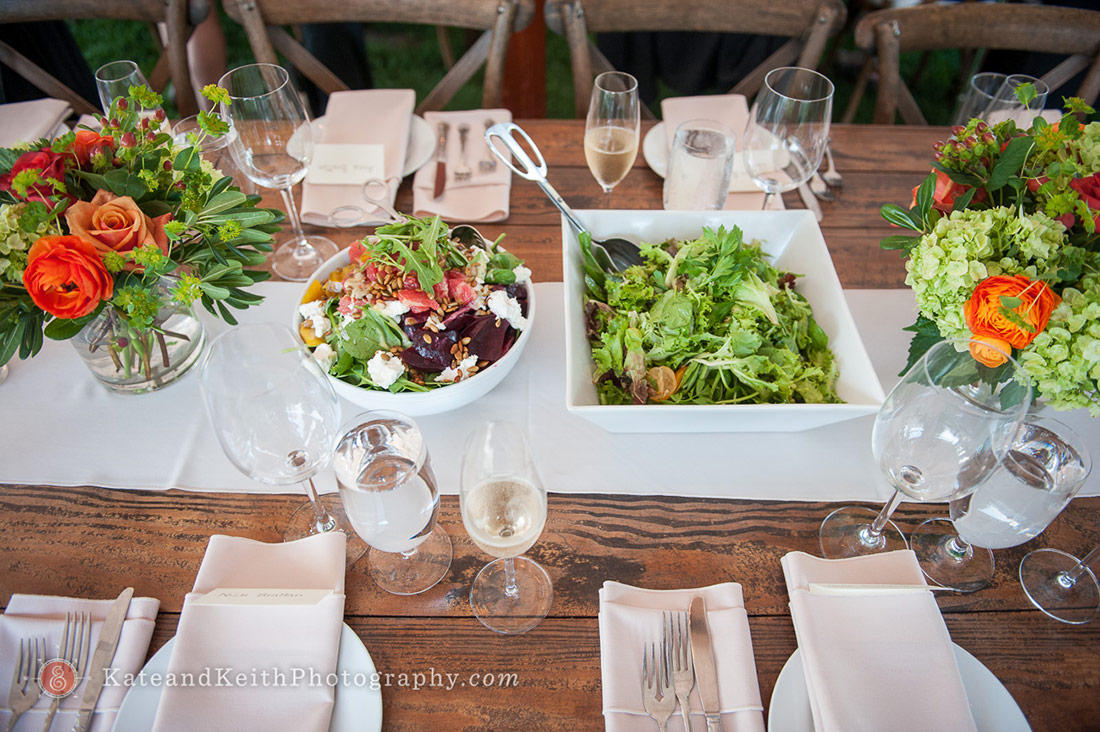 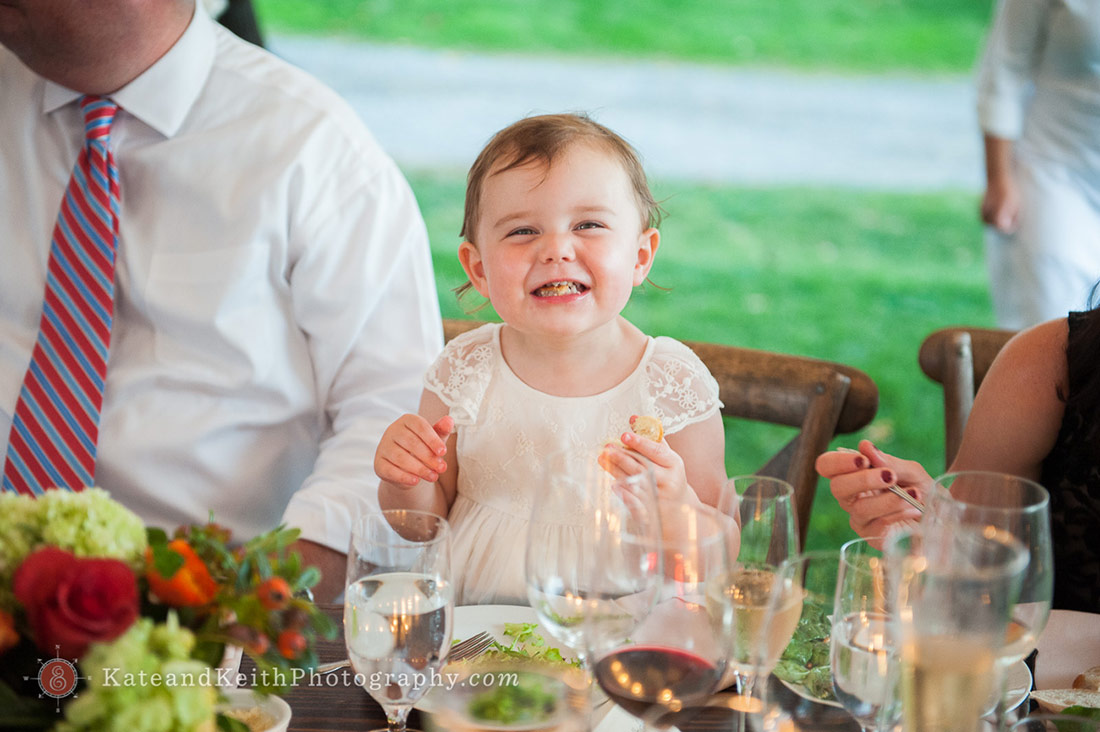 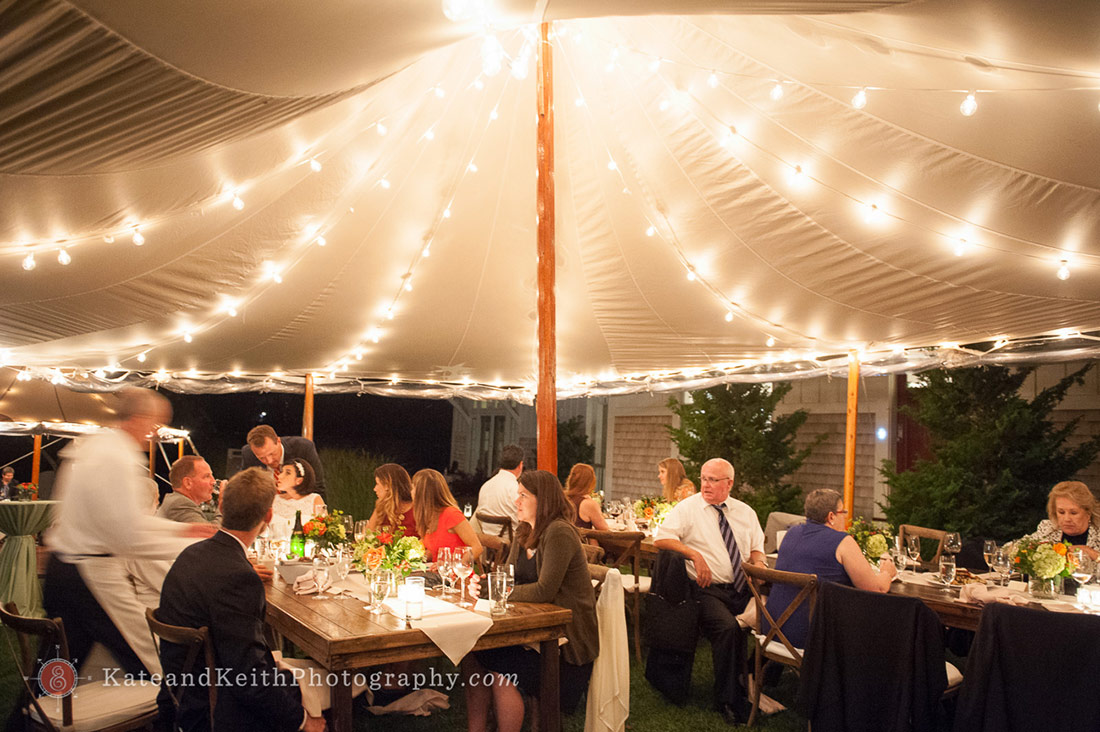 Every part of the evening flew by, and seemed so natural. Dan and Gretchen had obviously been family long before the legal union, and this was truly a celebration of that. 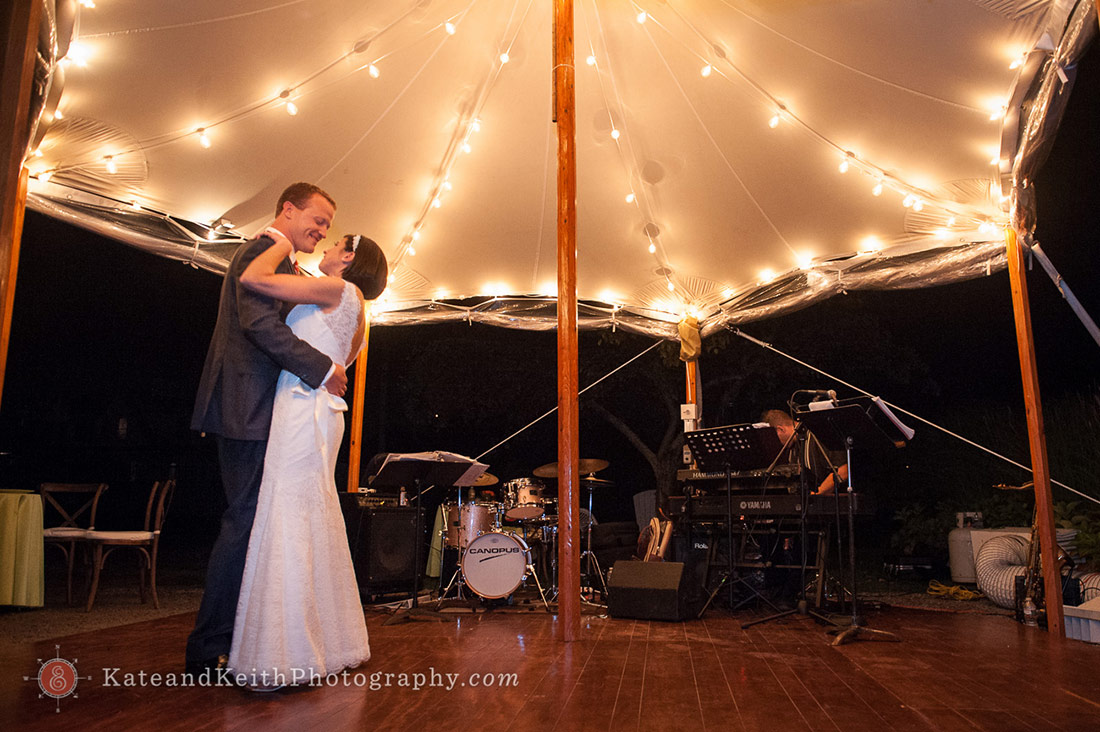 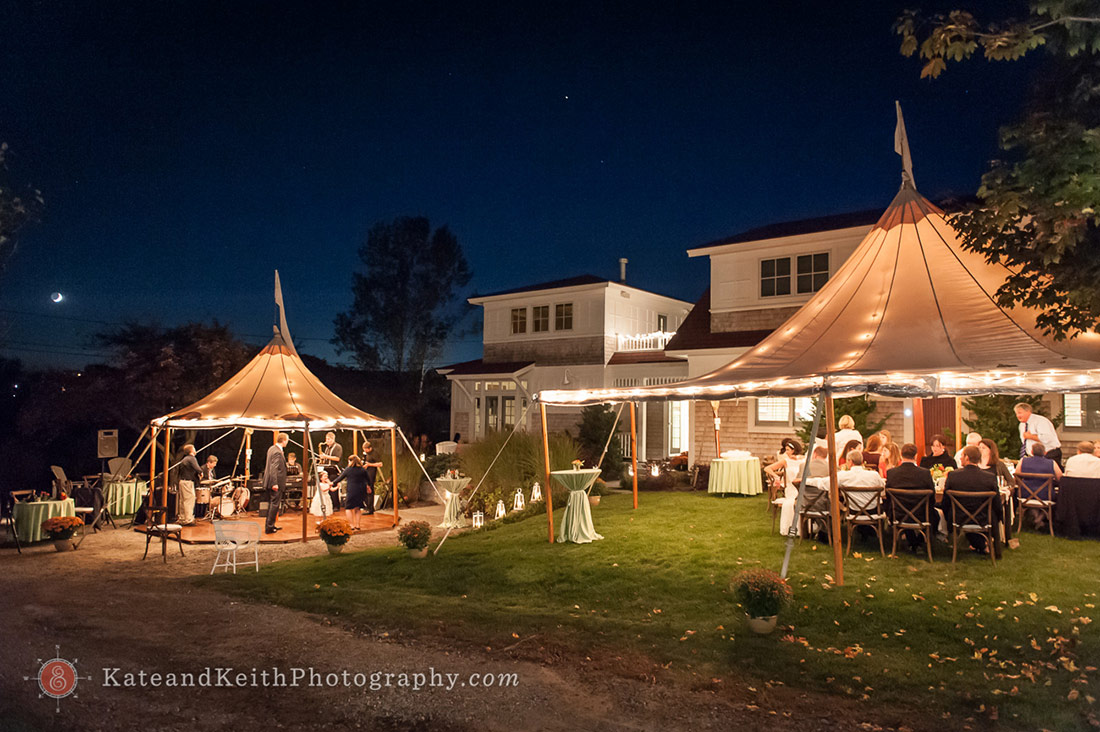 We benefited quite a bit, as well, walking away that night with a new associate photographer! Her shots need a little refining, but we’re excited to have such an eager addition to our team! 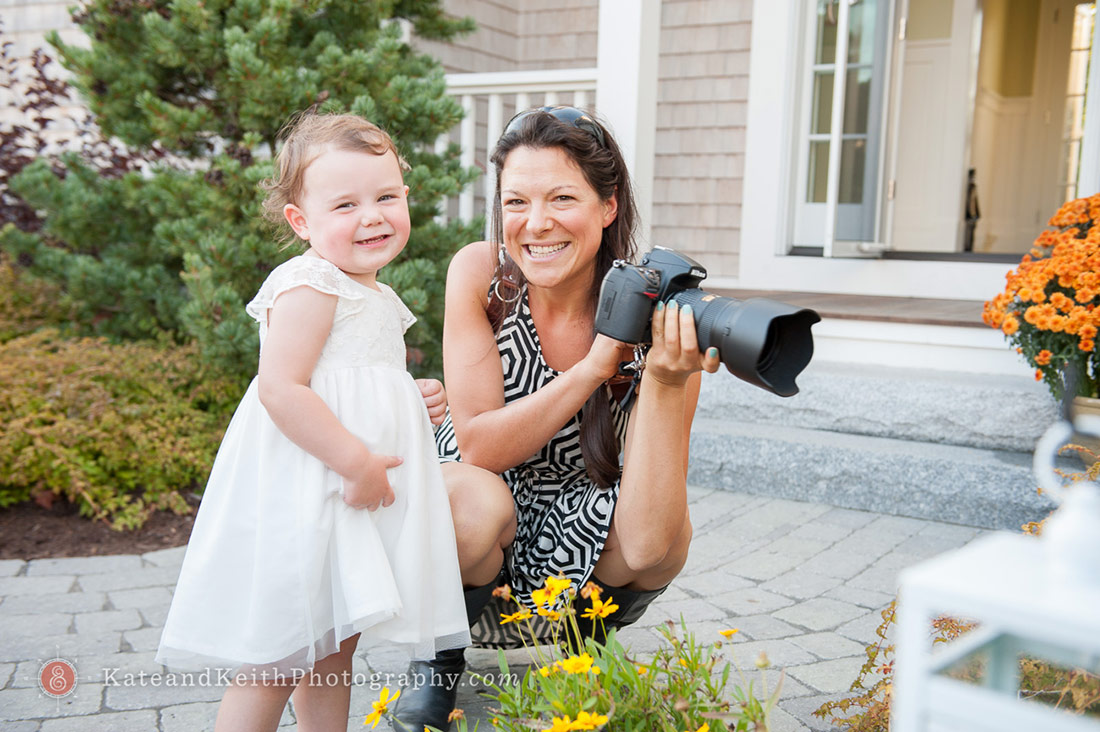 Kate & Keith Photography! – Planning a Fuller Gardens Wedding? Or other equally awesome wedding? We’d love to be your wedding photographers!

Ella & Matt, Brant Point Lighthouse, Nantucket MA
The most challenging posts to compose are those we are the closest to. And this couple has definitely become one which will remain close for…